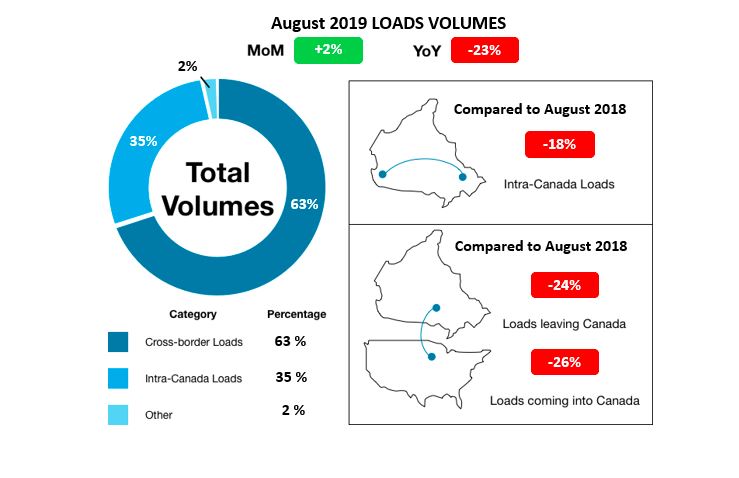 “Capacity contracted slightly due to a minor bump in load volumes aided by a small decline in truck volumes,” the report said.

“The change in load volumes from July constituted the smallest month-over-month change so far in 2019, offering some potential short-term stability.”

Daily volumes in the month remained relatively consistent, barring a boost at the end of the month.

“This could have coincided with the long weekend, some last-minute back-to-school shipments, as well as from emergency relief supplies in preparation for hurricane Dorian,” TranScore said.

“This decline was mostly due to a 12% decrease in outbound cross-border trucks to the U.S. and a 6% decrease in intra-Canada truck postings,” the report said.

The truck-to-load ratio in August contracted downwards to a value of 3.88, a 7% decrease from July’s decade-high ratio of 4.16, it said. 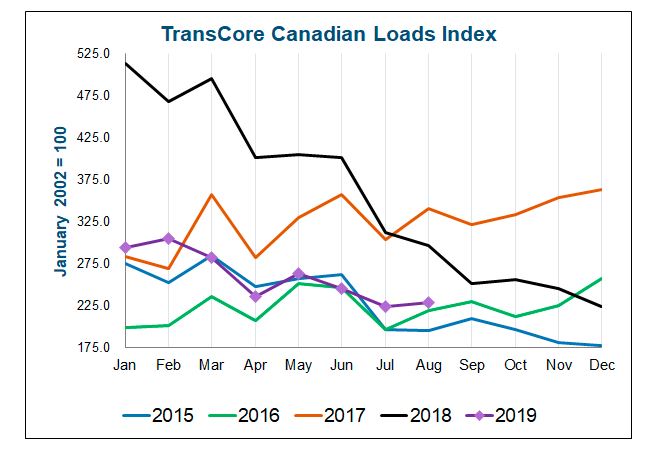