Furthermore,equipment capacity loosened in June. Posted equipment increased four percent month-over-month and were up 11 percent year-over-year. The equipment-to-load ratio increased to 3.01 trucks for every load available, up from 2.84 in May. Year-over-year, this ratio increased from 2.53 in June 2015, representing a 19 percent change. 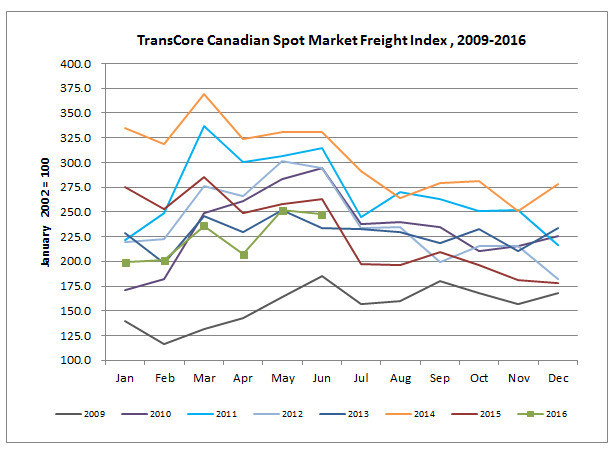