The event, hosted on June 6, and now in its fifth year, was kept traditional, according to president Paul Vandenberg. 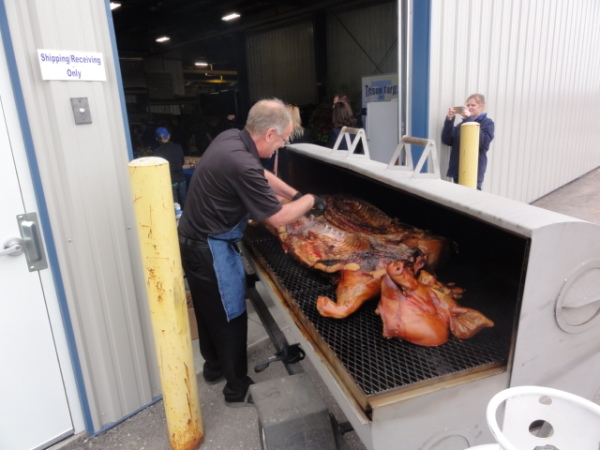 Like every other open house barbecue, Vandenberg was up bright and early (2:30 a.m.) to light the barbecue and get the pig roast on in time for guests. His wife also prepared all the baking and extras for the open house, like she normally does year after year.

According to Vandenberg, more than 300 people attended the event.

“It’s one of the biggest highlights of our year for sure,” he said. “We had suppliers come from all over North America, as well as customers and family members. It was good cross section of people and a worth while event. We connected with a lot of customers and it was a good time for employees too.”

Vandenberg said that staff was showing guests around the property and during the open house even had a number of tarps on display.

But more than that, Vandenberg said it is something he will keep a tradition because it shows the marketplace that Trison Tarps is a company that respects everyone involved in the business.

“I like hosting the open house every year because preparing for it, it keeps you on your toes, in terms of cleanliness, in terms of how you present your company…we really make the extra effort every year,” he said. “But at the end the day, the biggest reason we do this every year is to show everyone…our customer, suppliers and employees the appreciation they deserve.”