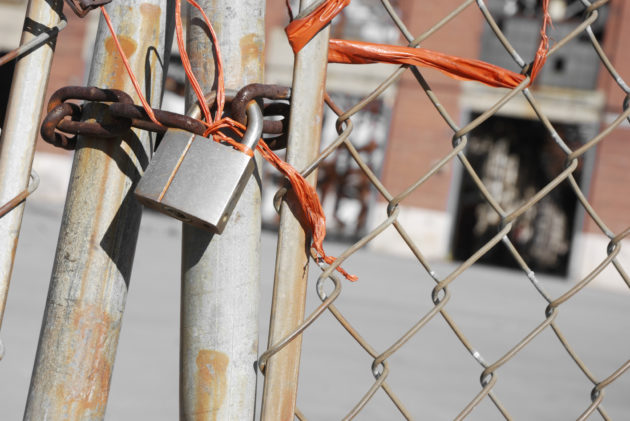 TORONTO, Ont. — Adam Lowry, a company driver with Celedon Canada (Hyndman) first learned about the company’s pending collapse on a news website. There had been lots of chatter about the problems with the American parent company, but little was known about the status of the Canadian operation. Indianapolis-based Celadon filed for Chapter 11 bankruptcy at midnight Sunday December 9. It would be several weeks before the fate of employees at Celedon Canada would be known with certainty.

“The doors were closed, nobody was answering the phone, and nobody was telling us anything,” Lowry said. “Lots of rumors were circulating that the company was going to declare bankruptcy and then the sheriff would come in and lock the gates and nobody would be able to get their belongings out of the trucks. Meanwhile, the office staff were in the building emptying out their desks in case that happened, but nobody was talking to the drivers.

“Nobody from management ever said, ‘OK, stay calm. This is what happens. These are your rights. You don’t have to be afraid, or this is what you need to do next.’ It was chaos, and with no official word from management, the driver rumor mill was spiraling out of control.”

That’s sounds about right for such a proceeding. The initial stages of a pending bankruptcy are seldom straight forward, and there are no rules governing those first moments. The case with Hyndman was complicated by the U.S. parent company ceasing operations under U.S. law, but leaving the Canadian company in limbo. It was widely presumed, but only confirmed more than a month later, that all but a few Hyndman employees were terminated without notice on December 9, according to the affidavit of Jeff Sippel, Hyndman’s former chief financial officer.

It wasn’t until January 23 that a receiver was appointed to oversee the liquidation of the assets of Celadon in Canada – branded Hyndman Transport on this side of the border — and communication went out to all the drivers and other employees.

As the partner in Toronto-based Dodick Landau explains it, the process simply takes time.

“The job of the receiver is to receive the assets of the company. The assets in this case can be trucks. It could be a warehouse. It could be a bunch of things,” says Dodick, who is not directly involved in the case. “The question is whether the receiver wants to continue to operate the business or not. The receiver has that option. If it does continue to operate the business, it’s got to have the funding to employ the employees and the drivers and pay for insurance for the trucks, etc.

“Notice would be sent out saying there was a receivership that was started as of a certain date. It normally will give information about the assets and the liabilities of the receivership in a very summarized format. The notice has to be mailed out within 10 days from the start of the receivership,” he says.

Despite the mess that was the first few weeks of this case, things will be more orderly now that the insolvency trustee is in place.

This whole process is managed under the federal Bankruptcy and Insolvency Act (BIA) and there are specific steps that must be taken. Employees have specific rights. But there aren’t always specific timelines for everything to happen.

A long wait for drivers

The waiting can be difficult for employees who haven’t seen a paycheque since the doors closed. The receiver or insolvency trustee needs time to determine who the creditors are and what assets can be distributed among the creditors, including employees. That process can take a long time. But in Canada — under the BIA — affected employees have access to the federal Wage Earner Protection Program (WEPP).

“WEPP offers compensation to eligible employees who are owed money from an employer in bankruptcy or receivership,” says Miguel Mangalindan, a senior associate lawyer at Monkhouse Law in Toronto. “Affected employees must take the notice of bankruptcy and apply for coverage under WEPP, which will cover unpaid wages, vacation, severance and termination pay, but only up to a certain amount.”

Employees must submit a claim for what they’re owed to the receiver. And the receiver has to review the claim and complete an online WEPP submission on behalf of the employee, where the receiver says, “Yes, there is a claim by this employee. They’re owed about X dollars, and we approve it.

WEPP basically pays wages owed to the employee much faster that a regular claim might be paid. There’s no bargaining, no trade-offs. In other words, less money for a faster payout. Once employees are paid, WEPP can file to get some of those funds back from the trustee as a high-priority creditor.

WEPP only funds an employee’s claim for wages owed, accrued vacation pay, termination pay in lieu of notice and severance — if entitled — up to a limit prescribed by the legislation.  Any excess claim over the limit that remains unfunded is still a claim in the receivership estate. But it will only be paid if there ends up being a distribution to the unsecured creditors at the conclusion of the administration.  At times, the employees will be jointly represented by legal counsel who can help the employees get the best payout possible, but there are no guarantees.

“Unfortunately for owner-operators and personal business drivers [Driver Inc.], they are considered unsecured creditors, and they get thrown into the mix last in line,” says Mangalindan. “Often times, they don’t realize any monies from the distribution of assets after all those other debts [secured creditors] are paid first, such as mortgages, secured debts like liens and stuff, and taxes owed. After all of that is paid, unsecured creditors don’t get much, if anything at all.”