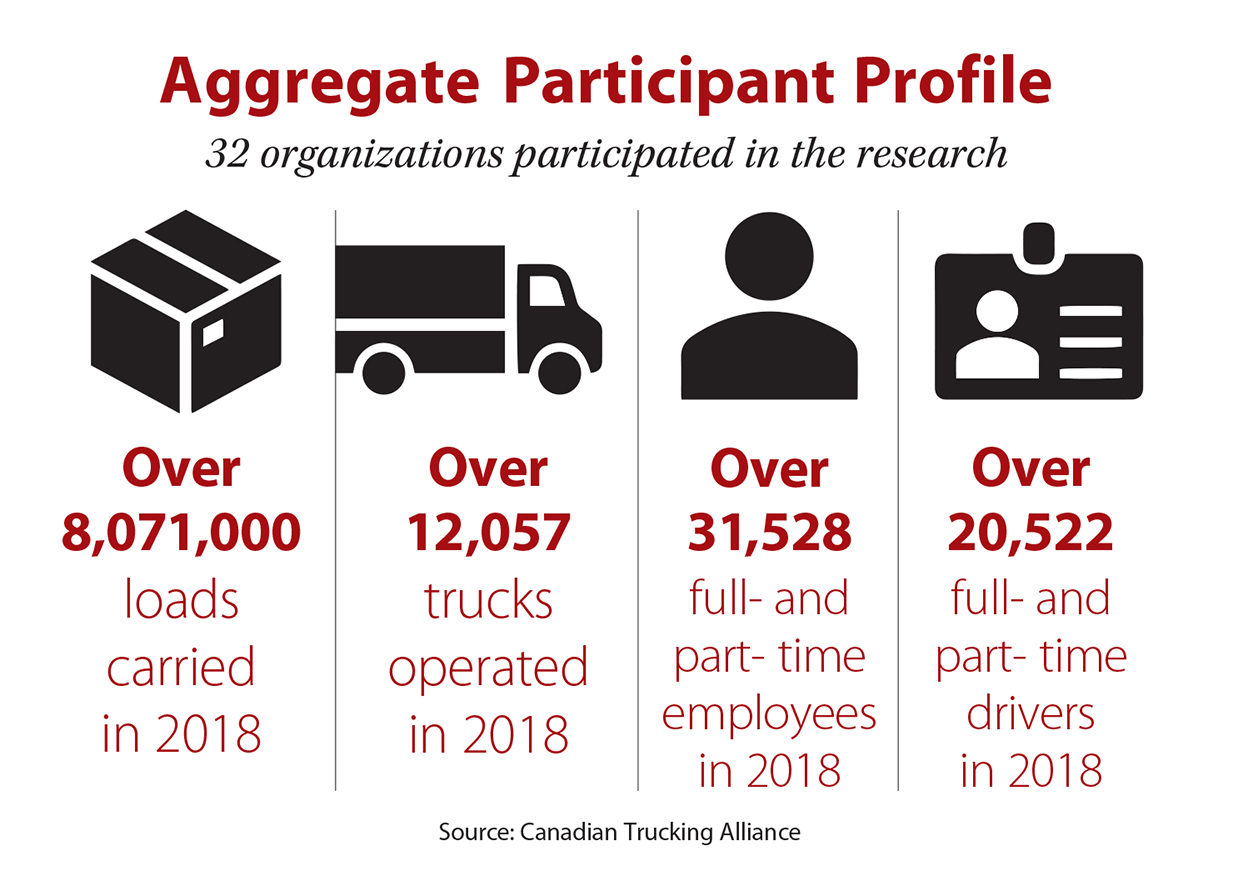 The findings emerge through a Nanos Research report that was based on an extensive survey of 32 executives through the Canadian Trucking Alliance (CTA).

“Participants most frequently proposed wage increases and better working conditions as solutions to the labor shortage,” says the draft report, obtained by Today’s Trucking. “They noted that it should be ensured that drivers get more respect, and that the industry adapts to the expectations of younger workers, such as better work-life balance.”

“The average age in the industry is probably over 50 years old. It’s harder to find drivers under 30 who want to do the job,” said one respondent.

The driver shortage is expected to lead to a greater reliance on “relay” drivers for longhaul routes, as well as increased immigration, the executives said. Better infrastructure to support longhaul drivers, and more efficient client interactions, were other steps the executives said could make a difference.

The driver shortage has come at a cost in the form of lost business opportunities. But the executives also saw benefits in the related capacity crunch.

“Although the driver shortage is an issue for service provision mentioned by many, they also noted that it results in a capacity crunch, which drives up rates and favors carriers,” the report says.

In general, the executives had a positive economic outlook, expecting that tight capacities could drive rates higher, offsetting some of the rising costs and potential economic slowdowns in the near term.

Most approved of recent regulatory efforts focusing on mandatory entry-level training (MELT), electronic logging devices (ELDs), hours of service, and a foreign worker program. But ELDs and MELT were also seen as factors that could intensify the driver shortage.

The surveyed executives said they would like to see greater enforcement of taxation-related regulations and hours of service. The Canadian Trucking Alliance has recently sounded the alarm about fleets that misclassify drivers as independent contractors to bypass source deductions in a process that has become known as Driver Inc.

“When people start abiding by the rules, it will strengthen the industry because it undercuts the rates and hurts the industry as a whole,” one respondent said.

Safety, training, and environmental regulatory changes were all cited as factors that would drive non-compliant and smaller companies out of trucking altogether.

Electronic logging devices were unanimously supported because they were seen as a way to level the playing field and improve safety. Most of the fleets already use ELDs, although the federal government has yet to finalize plans to mandate the devices.

Looking 10 years into the future, many of those who were surveyed expected changes such as new driver-assisting technologies and a move toward autonomous trucks, although drivers are still largely expected to have a role to play.

“If we automate more things, we will be able to stay more competitive. Right now, it’s a people-driven industry. Prices are going up and the only gains we can make are through technology,” one respondent said.

A shift to alternative fuel sources such as electric drivetrains, as well as technologies to support logistics activities, were also identified as changes to come.

The survey included 32 businesses, which collectively operated 12,057 trucks and employed more than 20,522 full and part-time drivers in 2018. They transported more than 8 million loads during the year.

This is the first wave in a three-year intelligence gathering project involving the Canadian Trucking Alliance and Nanos Research.