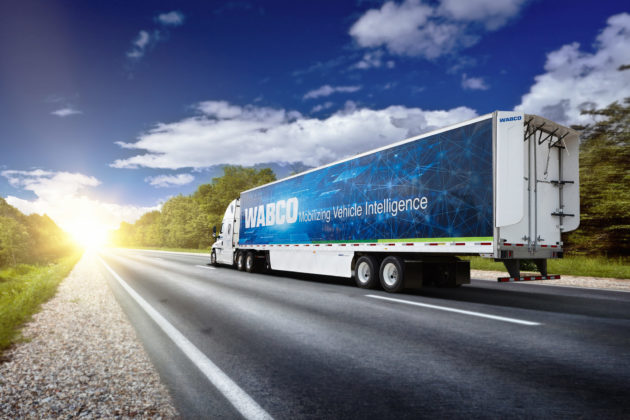 GRAPEVINE, Texas – Aftermarket suppliers who wanted Wabco products have long turned to Meritor for the orders. But no longer.

As members of the industry gathered during Heavy Duty Aftermarket Week, Wabco was standing on its own, having officially ended the distribution agreement for a portfolio that included ABS technologies, stability control, advanced driver assistance systems (ADAS), air systems and other related products.

But another pending deal will transform the supplier in other ways.

A proposed merger between Wabco and ZF Friedrichshafen AG is expected to close within months. As part of that, Wabco has also entered into an agreement to sell RH Sheppard to Bendix Commercial Vehicle Systems for US $149.5 million. The decision to divest that business, which develops steering systems, comes in the wake of a U.S. Justice Department’s anti-trust review of the proposed Wabco and ZF merger, and a related settlement order approved by the U.S. District Court for the District of Columbia.

“By combining the two companies, we really bring a very, very strong potential to the industry in terms of transmission, powertrain, as well as brake systems and steering and the complete vehicle control chassis combination,” said Wabco Americas president Jon Morrison, in an interview with trucknews.com.

Other potential benefits could come in leveraging the strengths of the two global manufacturers and their respective technologies. With Wabco, for example, ZF picks up a strong presence in the trailer segment.

And there’s no mistaking a commitment to maintain and grow the Wabco brand itself, expanding the sales resources to support the aftermarket as a standalone entity.

“We’re able to bring the complete Wabco proposition to the market as you might find it in other parts of the world,” Morrison said.

“Meritor was a great partnership for 30 years, but as we look to the evolution we have to be much closer to our product, much closer to the customer connected to our product from the standpoint of training and technical support … it’s better not to have that intermediary.”

Investing in the aftermarket

That means adding up to 150 people to the organization by the end of the year in the name of supporting sales. Other coming enhancements will include training resources such as Wabco academy, and a customer web portal delivering technical information and e-commerce tools alike.

“We will more than double the size of the organization,” Morrison said.

After announcing that it would buy the joint venture in 2017, Wabco also surveyed the marketplace to find out where improvements could be made. The need to better repair times was one of the things that emerged.

“We felt like that was an area we could really improve,” he said. “It’s already happening.”

Meanwhile, the company has played an active role in transforming braking systems.

The share of disc brakes on trucks was in the “low single digit” in 2015, and the technology was virtually non-existent on trailers, he added. Now they’re installed on 30-35% of new Class 8 trucks and 15% of trailers.

Wabco also continues to promote the advantages of evolving collision mitigation systems that incorporate active braking – something the manufacturer first brought to market in 2007.

Much of it remains optional today, but that’s no different than the challenges the Westinghouse Air Brake Company faced when it introduced the first air brakes to railroads, he said.

“As far as the technology side, if we’re looking at ADAS, what we really are excited about is we’re seeing a path now to much better performance of the camera-radar integration. We’re seeing the ability to do much better pedestrian detection and reaction to pedestrians. As well, we have more of a holistic 360[-degree] sensing environment that’s more reliable in terms of being able not only to sense but also to react.”

He expects the coming two to three years to see improvements in cameras, radar, and fields of view. And Wabco technology has already been used to establish Level 2 autonomous systems for Freightliner trucks, complete with adaptive cruise controls that can work in stop-and-go traffic.

“These platforms, as they evolve, will also be the platforms that the autonomous layer will be able to reside over to manage the vehicle,” Morrison said. “That basic platform now is maturing.”

Admittedly, it’s all happening in the midst of a softer truck market. The aftermarket business segment is relatively flat, and truck and trailer manufacturers are predicting a significant correction in sales volumes.

“It’s always challenging, no matter what the environment,” Morrison admitted, “but we have really been thinking about this for the last couple of years to be able to handle it.