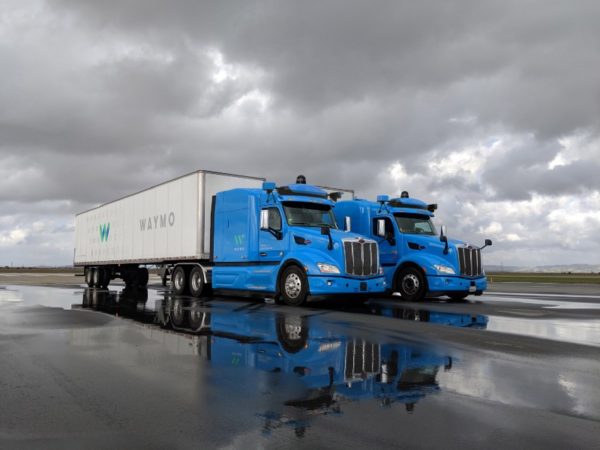 ATLANTA, Ga. – Self-driving trucks are hitting the road in the United States this week, hauling freight in a live test of the technology.

The Alphabet-owned company Waymo announced its semi-autonomous Class 8 will be hauling live loads to Google data centers in the Atlanta area during a pilot project.

Waymo is formerly the self-driving technology arm of tech company Google, which also now falls under the Alphabet umbrella.

The company has spent the last year testing the bright blue heavy-duty trucks in California and Arizona. It says the software is learning how to drive a truck in much the same way a human driver would after years of driving passenger vehicles.

“The principles are the same, but things like braking, turning, and blind spots are different with a fully-loaded truck and trailer,” Waymo said in a release.

Those fully-loaded trucks won’t be hitting the road alone. Trained drivers will be in the cabs, ready to take over at a moment’s notice if the technology needs the help of a human hand.

Michael Cammisa, vice president of safety and connectivity for the American Trucking Associations (ATA), says the organization is excited about the potential that automated technology has for improving safety in transportation.

Cammisa says the group isn’t concerned about the potential for trucks like Waymo’s to replace drivers, and expects the technology will help or change the way drivers operate instead.

“In trucking, we expect automated technology to be primarily for driver assist, although there may be applications where the system handles the driving task.  However, despite some predictions that all trucks will become driverless, others see a future where there will be automated trucks on some stretches of highways, with an increase in driver jobs for local haul routes,” he said.

“Drivers are an important part of our industry and they are not going away anytime soon.  The commercial airline industry has been heavily automated for many years, but we still have pilots who operate airplanes. Trucking will likely be no different. We welcome innovation, we just need to be realistic about how our industry will embrace it.”

Waymo says the trucking technology is the same found in their suite of self-driving minivans. 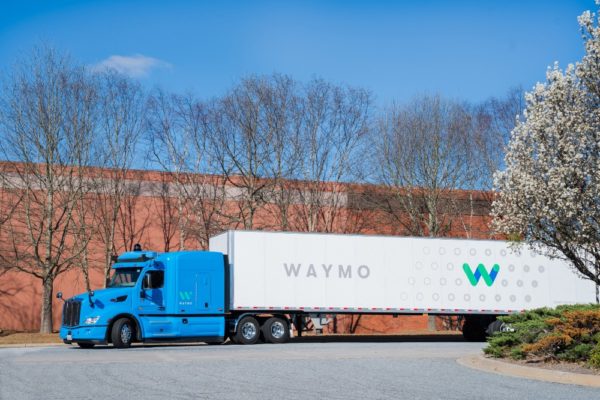 “We’ve been able to make rapid progress because our driver — Waymo’s self-driving technology — is not only experienced, but adaptable,” the company said. “And our engineers and AI (artificial intelligence) experts are leveraging the same five million miles we’ve already self-driven on public roads, plus the five billion miles we’ve driven in simulation. In short, our near-decade of experience with passenger vehicles has given us a head start in trucking.”

The company said Atlanta’s location is perfect for testing the vehicles and serving as a home for Google’s logistical operations because it is one of the biggest logistical hubs in the U.S.

The pilot project hopes to further develop the technology while making it work with the operations of shippers and carriers, and networks of warehouses, distributions centers, ports, terminals, and factories.

“Trucking is a vital part of the American economy, and we believe self-driving technology has the potential to make this sector safer and even stronger.”

Last year the company put a fleet of self-driving cars in the road in Phoenix, Ariz. in a similar pilot.

This story has been updated from an earlier version to add information from additional sources.