However year-over-year, volumes were down 23%, according to the TransCore Link Logistics Canadian Freight Index.

Q1 volumes were close to those from the fourth quarter of 2014, TransCore announced. Volumes were down 20% compared to Q1 2014, as a result of last year’s extraordinarily high volumes.

Equipment capacity rose in March. Postings for truck availability climbed 16% month-over-month and 29% year-over-year. The equipment-to-load ratio rose from 1.90 in February to 1.95 in March, up from 1.17 in March 2014. 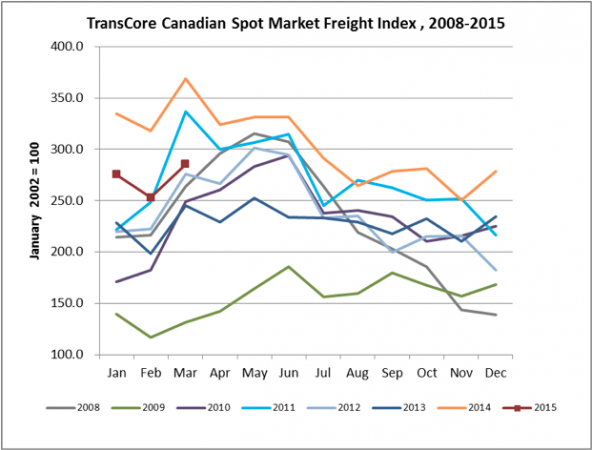