NASHVILLE, Tenn. — Haldex has announced it will be offering its new ModulT air disc brake to the North American market.

The disc brake has been sold in Europe for years and has undergone three years of extensive testing in Canada, Jeff Stokes, global product manager, disc brakes with Haldex, said during a press conference at the Technology & Maintenance Council meetings. 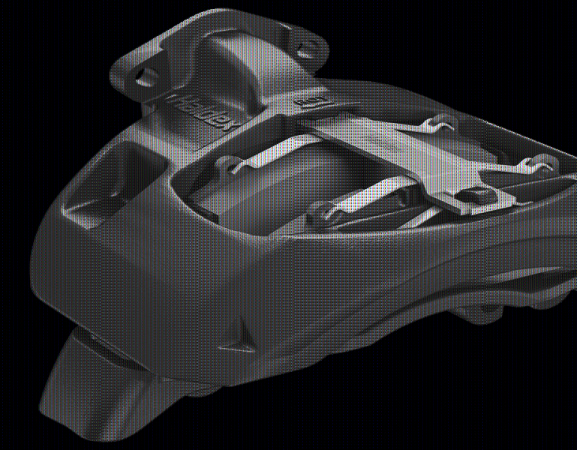 The ModulT will initially be offered for trailers with 22.5-inch wheels. Additional sizes for trucks and trailers will be introduced here later.

The disc brake weighs just 70 lbs including pads, the company says. It features a wide single-piston mechanism which Stokes said equals the performance of twin-piston mechanisms. The bellows seal is inverted, offering greater protection from heat, stones and other debris.

A floating lightweight caliper slides on two sealed stainless steel slide pins. Stokes said pads can be changed out in less than a minute without tools, thanks to a unique boltless brake pad retainer.

“The ModulT air disc brake is the perfect solution for fleets looking for high efficiency with greater control and stability for a long service life with lower total cost of ownership,” said Stokes.

He added Haldex decided to bring the brake to the North American market because it sees interest in disc brakes increasing here. “The wind of change is in the air,” Stokes said.

Haldex supplies more than 20% of the European disc brake market.

“We have grown market share in Europe to over 20% in five years,” Stokes said.

The ModulT has been in production there since April 2011 and the millionth such brake will soon be produced. Stokes said disc brakes provide a lower total cost of ownership compared to drum brakes.

“It is proven that disc brakes are the cheaper alternative over the life of the vehicle,” Stokes claimed.

The first model to be released here is the DBT22LT trailer brake. Additional models to be introduced later include the DBT19LT, the DBT19 and the DBT22MD, fitting a variety of truck and trailer applications.