VICTORIA, B.C. — Increasing safety on B.C.’s highways has become a focus for the provincial government of late, and several new regulations will impact commercial trucks traveling across the province.

For starters, commercial vehicle drivers will no longer be permitted to use the far left lane when going up Snowshed Hill on the Coquihalla Highway. 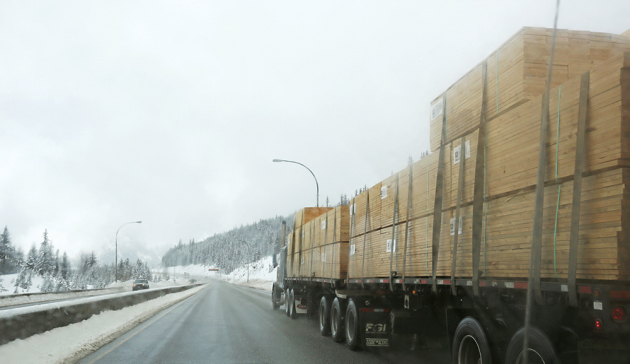 B.C.’s Ministry of Transportation and Infrastructure said the effort was part of a pilot program, and commercial trucks would not be permitted to use the left lane on Snowshed Hill between Box Canyon and Zopkios. Other routes in the interior of the province could also see the same measures in the future.

For now, the focus is being put on Snowshed Hill because the government indicated that B.C.’s Commercial Vehicle Safety Enforcement places a large part of its efforts into this location during the winter months when inclement weather can wreak havoc.

“By restricting trucks from the left lane, we will be better able to maintain traffic flow (including emergency vehicles) and plowing operations, as well as significantly reduce the time it takes to re-establish the flow of traffic after a vehicle incident/closure,” the ministry’s statement indicated.

Rick Moore is the owner of North Thompson Trucking, a Kamloops, B.C.-based carrier that travels on the Coquihalla quite often.

“In the old days, we all just followed the leader up the hills – join the parade, we called it,” said Moore. “But what happens when you get a bunch of trucks coming up a hill is that they’ll be half way up and nobody can really pass anybody and you bugger up the whole hill and nobody can get by. The one guy will spin out, the next guy will spin out, and you’re holding up everything and messing up the hill.”

Moore went so far as to say trucks should be relegated to the right lane on any steep incline in B.C., but added that Snowshed Hill is a good place to monitor a pilot program.

“Half the time when (Snowshed Hill) is all clogged up and closed out it’s because guys are trying to pass each other,” he said. “One guy is going half a mile faster than the other guy and it takes him five minutes to pass the truck.”

“While the intent to maintain a clear path in the left lane is laudable, this pilot does not address the primary cause of highway closures during severely inclement weather, which is the failure of some drivers to chain up,” said Earle. “Unless this pilot is accompanied by significant regulatory change and increased enforcement, we are concerned that all the pilot may do is ensure it is only commercial vehicles trapped behind those few drivers who refuse to comply with the law.”

It didn’t take long following the BCTA’s comments for the government to react.

The Ministry of Transportation and Infrastructure announced Nov. 28 that stricter regulations were being placed on commercial drivers when it comes to chaining up.

To help drivers needing to chain up, the new Box Canyon chain-up area is now open, which is located on the Coquihalla Highway before summiting Snowshed Hill.