The aptly named Trison Tarps (named so to represent the three sons of company founder Paul Vandenberg) turned 10 last week and to celebrate, held a pig roast at its new 48,000 sq.-ft. facility. 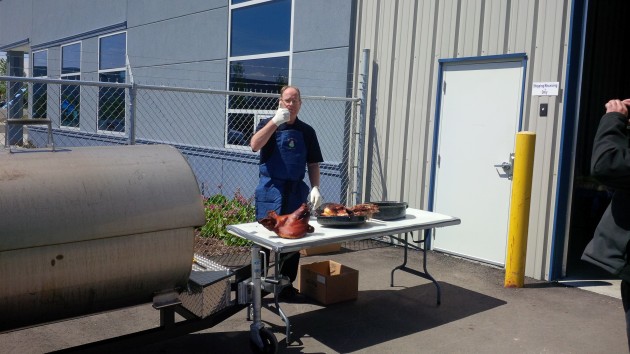 Trison Tarps founder Paul Vandenberg gives the thumbs up after carving into the roasted pig.

Paul had a 217-lb pig on the smoker since 4 a.m. and by 11, it was ready to be served. That smoker was designed by his son Doug and is frequently used for community events. At one church event, Paul smoked four pigs, feeding more than 800 people and raising tens of thousands of dollars for charity.

About 300 people were expected to show up May 20 for the open house. The pork was fantastic! You just can’t beat a pig roast. I even let my five-year-old daughter skip school that day so she could accompany me and serve as my photo assistant. She took the picture below of the cake.

But back on topic, Trison Tarps is a nice success story, since it manufacturers its own tarps on-site, bringing manufacturing jobs to hard-hit Ontario. The biggest issue, Paul told me, was finding people willing to work with their hands.

The company has been growing fast, moving into its sprawling new headquarters and recently adding Rock Hard Liners to its portfolio. Paul said the goal is to diversify, becoming more than just a tarp supplier. 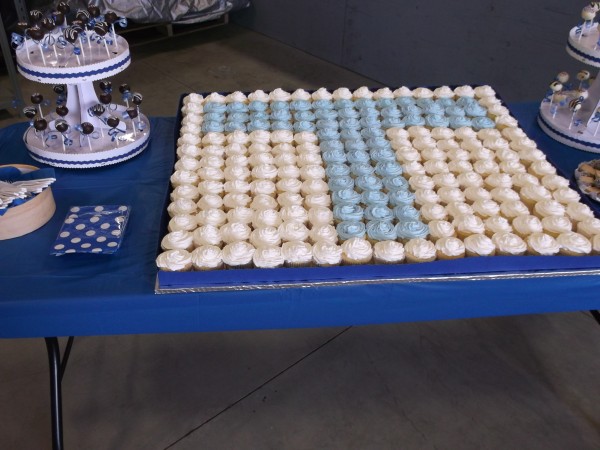