Placing first in the straight truck category was Bruce McKechnie from Bison Transport; Brian Hrabarchuk of Canadian Freightways won for single tandem and received the Hal Bjornson Memorial Award; Brian Chandler of XPO Logistics was the tandem/tandem victor, and also was the Grand Champion Award winner; and David Henry of Wildwood Transport was super B train champion.

All the drivers who placed third were from Bison Transport.

Myrna Chartrand or Portage Transport was named Driver of the Year, and the Industry Excellence winners included:

This year’s event was open to both Manitoba and Saskatchewan drivers and was held on the new track at the Headingly Husky June 16. 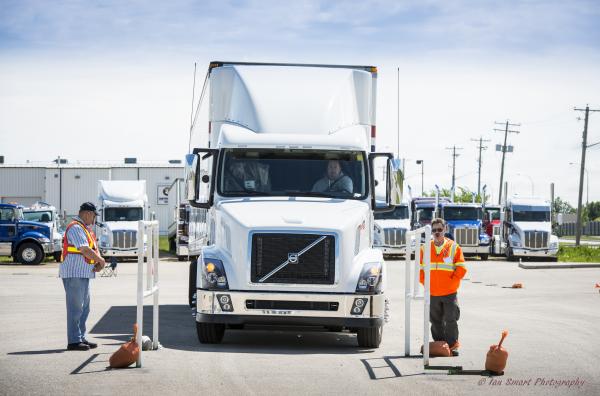