GREENSBORO, N.C. – The second installment of the Mack Trucks’ RoadLife series has been released, shining a light on those who build Mack trucks, and a family that shares the same name.

“Family says it all,” said Sandy Mack, father to Oakland Raiders defender Khalil Mack. “Meeting people that have worked at Mack for so many years, whose family members also worked there for so many years – seeing generations of families in one organization says a lot about the company itself.”

The series, Build on Family, follows Sandy and Khalil as they visit Lehigh Valley Operations in Macungie, Penn., as they visit those who build Mack trucks for North America and export.

“Being around the workers and what it takes to actually be able to stamp that truck with that bulldog – it meant a lot,” Khalil said.

“When you’ve got a company like this that’s been here so many years and they still value family, that says a lot,” said Sandy.

Built on Family was released July 10 on roadlife.tv and is also available on Amazon Prime Video. 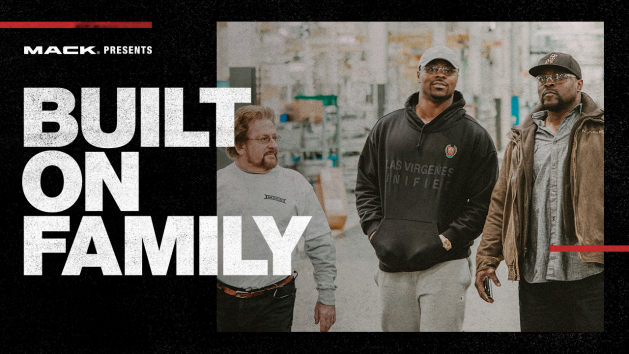