The hour has arrived — or has it?

February 11, 2014
It’s a rare thing for employees to say they would be willing to accept less money, but a Kriska Transportation driver recently offered that very thing. The driver was happy enough with his annual take, amounting to about $60,000 a year,... 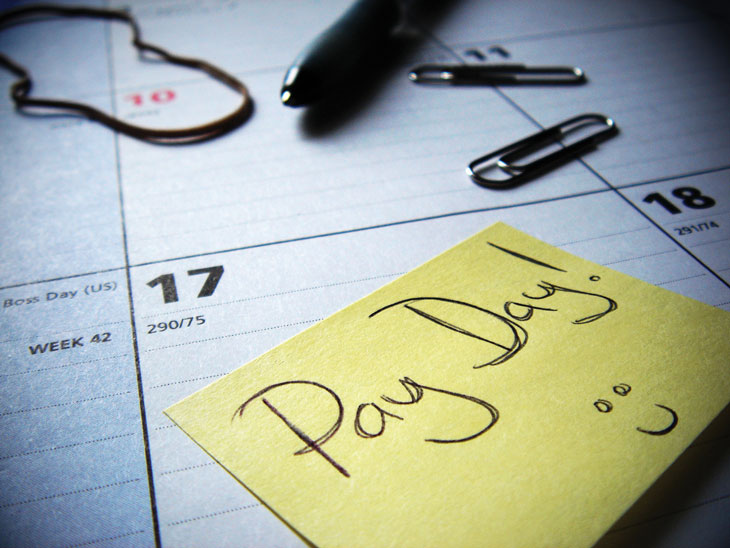 Some say hourly wages help retain staff and reduce financial stress on drivers. Others say they hurt the bottom line.

It’s a rare thing for employees to say they would be willing to accept less money, but a Kriska Transportation driver recently offered that very thing. The driver was happy enough with his annual take, amounting to about $60,000 a year, but fluctuating weekly payments were driving his wife to distraction. Even if an equalized compensation plan came with some sort of financial penalty, the driver told a fleet manager that he would be willing to accept the cost.

Peaks and valleys in pay cycles are commonplace throughout the trucking industry, particularly in jobs behind the wheel. And, productivity-based payments—whether by the mile, per load, or as a percentage of revenue—offer an added incentive to use time wisely. (Don’t delay when securing a load or sitting at a truck stop. If you want to make money, you need to move freight.) But the approach also exposes drivers to the burden of everything from traffic congestion to seasonal shipping demands which are beyond their control.

Increasingly, the burdens are becoming commonplace, rather than the rare exceptions they used to be.

“The list of non-driving activities is just getting longer and more time-consuming,” said Kriska Group CEO Mark Seymour, who is also chair of the Canadian Trucking Alliance’s Blue Ribbon Task Force on the Driver Shortage.

“We pay for a lot of things other than just driving a truck and driving a mile, but who’s to say how long they take?”

An extra $7.50 for crossing the border may be enough if the crossing takes less than 30 minutes, but it amounts to pocket change after a three-hour delay; a fixed fee-per-distance seems fine at highway speeds, but downright depressing in the middle of a traffic jam; a payment for refueling faces a similar problem if there is a long lineup at the pumps. Aside from these examples, a long list of supplemental payments can leave inexperienced drivers wondering exactly what they can expect to make.

“For the time they put in, compensation packages for most truck drivers, but especially long-haul drivers, are no longer competitive with other industries,” the Blue Ribbon Task Force concluded after it explored the role that compensation models play in attracting future drivers. “On average truck drivers make [or slightly exceed] the average annual wage for all workers. However, they tend to work significantly more hours to make that wage. In addition, truck drivers are not always compensated for all of their time on the job.”

Debates about potential solutions often turn to some form of hourly pay, but the answer is not straightforward.

“An hourly pay system is not a panacea for solving the driver shortage across the industry. Unlike some industries where there is more flexibility to work longer hours during periods of peak demand, truck driver hours are capped by the hours of service regulations,” the task force report observed. “The reality is that drivers do inevitably arrive at some sort of per-hour calculation of what they are paid. Carriers must be competitive with each other. The key is not necessarily how drivers are paid, but how much they are paid.”

Some fleets already pay hourly wages for work in short-haul applications or when the tasks are limited exclusively to driving. J. F. Kitching & Son Ltd., an aggregate hauler in Queensville, Ont., has been paying drivers this way for decades and has no plans to change, even though many competitors pay per load or on a percentage. The latter models create a highly competitive environment, argues Lynn Paxton, who oversees safety and compliance.

“It’s never a good environment where people become territorial and concerned about their ability to secure loads versus their co-worker. It doesn’t support our business model in terms of promoting a safety culture and a team setting.”

A predictable pay structure even helps to retain drivers, she added. “I want to have a stable workforce here, and I want to know that people are going to come to work and be able to work a reasonable day that’s compliant with the legislation, go home at the end of the day, have a good quality of life, and not be concerned with how many loads they’re going to get tomorrow.”

“If we can pay the same or less [than Kriska’s long-haul competitors] and bring some calm and peace to our existing workforce, then why wouldn’t we do that?” Seymour asked. “It’s probably the easiest change we could all make.”

But an hourly pay structure for long-haul drivers would introduce a different challenge. Unlike their P&D counterparts, who are able to watch drivers coming and going each day, how do long-haul companies best monitor productivity in faraway locales?

Put another way, said Seymour, “How do we make sure we’re getting an hour’s work?”

It’s one of the reasons why he thinks line-haul drivers should rally behind calls for mandated electronic on-board recorders (EOBR). Some truckers have balked at the idea, much like an earlier generation of workers who compared logbooks or satellite tracking to the prying eyes of Big Brother. Seymour said the latest tool could give fleets the confidence to support different pay structures.

“Basically, you log onto your EOBR, you’ve effectively made yourself available to work. Now it’s up to us to make sure you’ve got something to do and you’re productive while doing it.”There is no reason for fleets to think drivers will laze about without the incentive of productivity-based pay, said Rob McDonald, president of Apps Transport Group, which delivers LTL shipments along the Windsor-Quebec City corridor, among other services.

“Treated well and given enough work, the guys will work as hard as they can.”

They shouldn’t be expected to shoulder the burden of being tied up at a shipper, or delayed because of poor routing instructions from a dispatcher, he added.

While his fleet pays drivers by the hour, it has ways to reward the most productive workers. Performance is track-ed by monitoring key performance indicators (KPIs) such as pounds-per-man-hour, drops-per-man-hour, and other driver-influenced costs such as tire wear, fuel economy and idle time.

“Our objective is not to have them run like a bat out of hell. It’s to have them productive but safe. I don’t want them feeling if they get into a traffic jam it’s costing them money, so we think the base hourly [pay] is kind of the starting point, and if you’re more productive you get rewarded on top of that,” McDonald said.

One worry about paying long-haul drivers by the hour is that such a wholesale change could introduce unexpected costs, leaving an opening for competitors who are more than happy to undercut steeper rates and take the freight. “I don’t think any of us can afford to pump more cost into our system without completely understanding what that cost may be,” Seymour said.

Paxton admits that even some of the aggregate fleets which pay by the load could have a pricing advantage if drivers are encouraged to squeeze in an extra trip per day. Rushed drivers who are paid by the load are simply more likely to make mistakes, she said. Hourly pay builds a “safety culture” which offers dividends in the form of lower insurance rates and better Commercial Vehicle Operator’s Registration records.

Maybe a change in the payments to long-haul drivers is inevitable, but who would take the first step?

“If somebody decides to be first, that leads the charge, then God love them for that,” Seymour said. “I don’t know if it’s going to be me, [but] I’d love it to be me because I’d love to be a hero.”

Sidebar: Hourly wages in the shop

The discussion a
bout hourly pay is not limited to the driver’s seat. During a session at this year’s annual meeting of the American Trucking Associations’ Technology and Maintenance Council, shops also debated the choice between paying technicians an hourly or flat rate. Scott Witt, vice-president and general manager of Virginia Truck Center, pays hourly with bonuses, offering other rewards for jobs completed quicker than expected. “If it’s 10 hours to do a clutch and they do it in eight, they are going to get paid (extra),” he said.

Bryan Leskowsky, director of service with Peach State Freightliner, prefers a flat rate. “I call it capitalism at its finest. Technicians are motivated to perform,” he said. Six months after the shop shifted from an hourly pay to a flat rate, one-third of technicians had left, but it still billed $200,000 per month with the remaining 10 technicians, all of whom made more than they had under the previous model. The model just requires a combination of the right tools and quick access to required parts—not to mention the chance to juggle multiple jobs and keep busy when parts are on order.