WINNIPEG, Man. – The Manitoba government has scrapped the carbon tax from its Made-in-Manitoba Climate and Green Plan.

Premier Brian Pallister made the announcement today, saying, “We are standing up for Manitobans, by saying ‘yes’ to Manitoba’s green plan, and ‘no’ to a carbon tax.”

The provincial government had announced in April it would implement a flat tax rate on carbon of $25 per ton with no increases, which was set to kick in this past September. The tax was expected escalate the cost of diesel by 6.7-cents-per-liter, equating to the Manitoba Trucking Association (MTA) said would be an estimated $50 million in fuel tax paid by heavy diesel vehicles in the province.

The Manitoba government planned to impose the carbon tax in its Made-in-Manitoba plan to avoid the federal government from stepping in and doing it for them.

“Our Made-in-Manitoba plan proposed a flat, fixed tax rate that would provide stability to consumers, business, industry and agriculture,” Pallister said in April “It would save Manitoba families and businesses more than $260 million over five years, compared to the Ottawa plan. Most importantly, all monies collected under our plan would be returned to Manitobans, in the form of tax reductions.”

The government received some pushback from the trucking industry for not directing carbon tax revenue into fuel efficiency initiatives.

But Pallister said the federal government planned to implement a carbon tax on Manitobans regardless.

“Ottawa acknowledged that our plan is the best in Canada,” Pallister said. “But they have also stated that they will impose their higher – and rising – carbon tax on Manitobans after one year. This would mean twice the tax, for poorer results. That would threaten jobs and economic growth throughout our province and take money off the kitchen tables of Manitoba families.”

Terry Shaw, executive director of the MTA, said though no one wants tax increases, the industry still supports trucking efficiency policy and programing.

“The previous reality was that if a carbon tax on heavy diesel vehicles was going to be collected, it should be invested in heavy diesel efficiency,” said Shaw. “We can still partner on efficiency policy and programing for our industry and we have heard, informally, from the government they are still intending on doing so.” 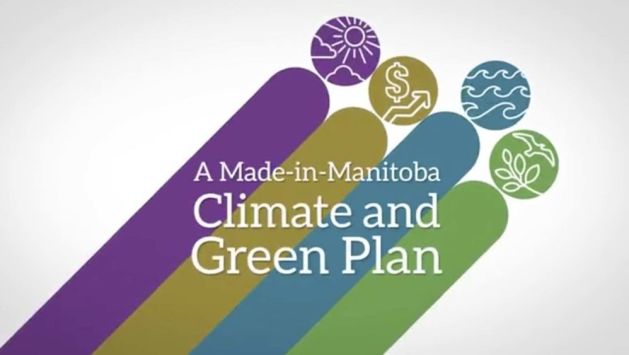