TORONTO, Ont. — The current lack of a 15-litre natural gas engine has stalled growth in the heavy-duty trucking segment, but speakers at the Natural Gas Vehicles Canada conference here today said they’re still optimistic about the potential for natural gas as a transportation fuel.

Gord Exel, president of Cummins Westport, noted the joint venture between Cummins and Westport is capped at the 11.9-litre ISX12 G engine, because the two partner companies disagree on the best technical path forward towards development of a 15L engine.

However, he also urged fleets to look carefully at the capabilities of the ISX12 G and how it can fit within their fleets.

“It can’t do everything, but there are fleets today providing a great example of how to implement this,” Exel said of the ISX12 G.

Still, speakers at the conference acknowledged a more comprehensive fuelling network is still required to encourage the widespread adoption of natural gas trucks.

“We have had some pretty good success in pockets across the country,” said Mark Grist, vice-president of Fortis BC. “I think the challenge for the industry as a whole is to extend that across the country. We don’t have broad-brush coverage across the country. We need to come together as an industry to ensure people who want to run natural gas vehicles can run them economically all across the country.”
B.C. stands out as a bright spot among Canadian provinces that have successfully transitioned a significant portion of the fleet to natural gas. Fortis and the province have been dishing out healthy incentives to help convince fleets to make the transition. Through that program, 400 natural gas-fuelled heavy-duty trucks and buses have been deployed, displacing 33 million litres of diesel fuel per year. Greenhouse gas emissions have been reduced by 37,000 tonnes per year as a result, Grist said. There are 15 heavy-duty natural gas fuelling stations in B.C. operated by Fortis.

Grist indicated the port drayage segment presents the next big opportunity to convert vehicles to natural gas, but he acknowledged the Super-B market has stalled out with the discontinuation of the 15-litre Westport engine.

Steve Carmichael, CEO of Chelsea Natural Gas, said his company still plans to deploy 20 CNG fuelling stations across Canada, though the timeline has been pushed out.

“Reality set in a little bit for us,” he admitted. “We slowed down a bit and started to realize a lot of issues. It has been a bit of a learning curve year for us but we’re 100% committed to 20 filling stations. The first two will be operational before the end of this year in Vancouver and Toronto.”

With a lag in adoption within the heavy-duty truck market, gas suppliers are taking a hard look at industrial applications. However, they still see the 12L engine fitting many applications within Canada, even though it’s limited to a GVWR of 80,000 lbs.

Cummins Westport’s Exel said while the ISX12 G has been well received by customers, the initial expectations of the market in general may have been unreasonable.

“It was a really highly anticipated product and product launch, but I think what we’re seeing today is, as attractive as low fuel prices are, you just can’t snap your fingers and order natural gas trucks and put them into service,” he said. “The reality check is happening now. The engine is working well in the marketplace, it’s widely available through multiple OEMs, but now it’s connecting all the dots, getting everybody working together, getting the fuel and making sure that when the product lands in the fleet that the product can be supported with trained technicians, facilities capable of managing the maintenance on that vehicle and repairs on that vehicle. I think that’s the stage we’re at now.” 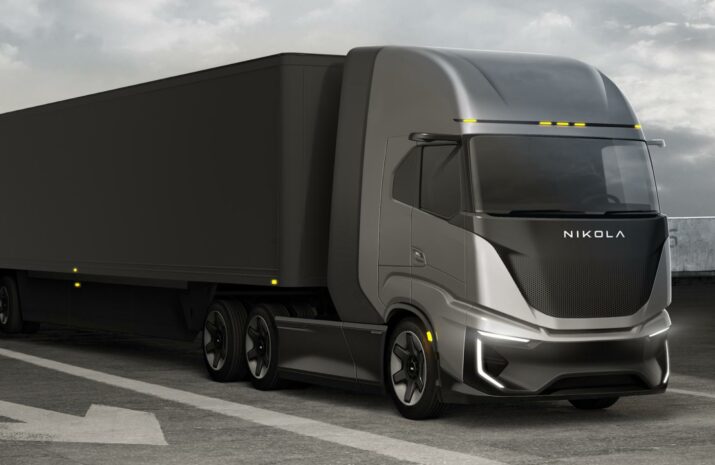