NEW YORK, N.Y. – Despite the soft market, there are plenty of positives surrounding Mack Trucks this year.

That was the message executives of Mack Trucks gave to trucking journalists this week at a press conference in the place the company was founded, New York City.

Right now, said Dennis Slagle, president, Mack Trucks, the company is fixing its original 2016 forecast for North American Class 8 truck sales to 240,000. But, Slagle said, the good news is that, “Mack had another good quarter in market share. The mDrive is going nuts. People love it. The more we sell, the more word of mouth as well as the more testimonial strength we get…We’re really happy…we’re getting back on our feet and we are continuing to grow.”

Slagle added that Mack is focusing on correcting the bubble surrounding the inventory levels in America right now. 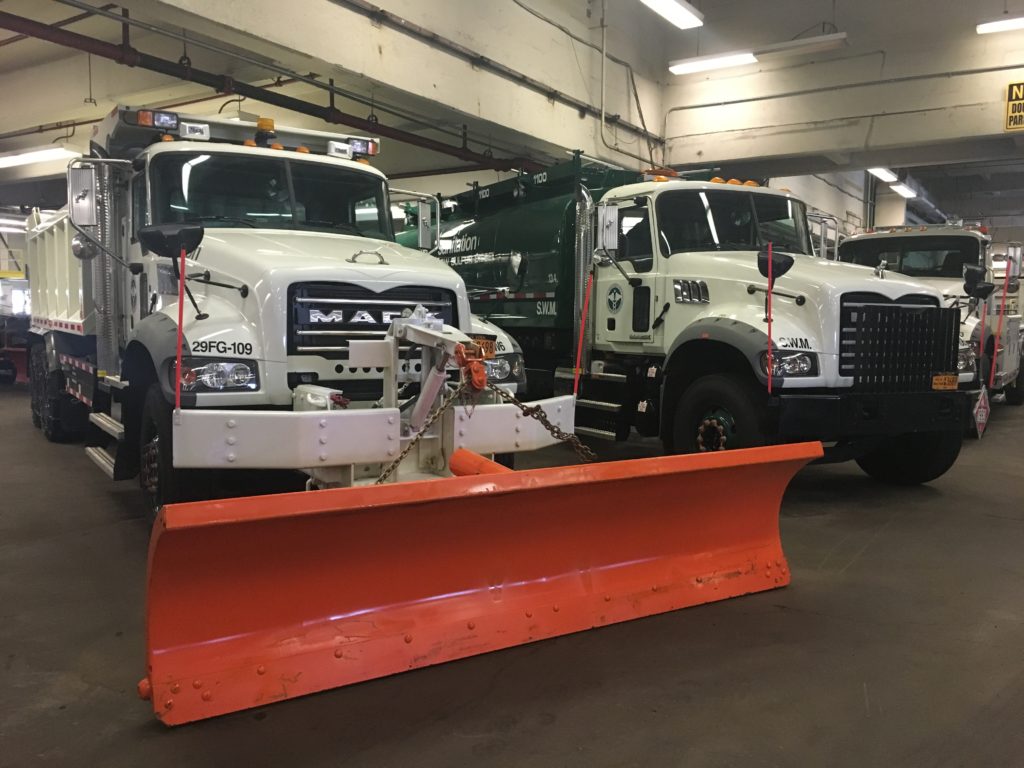 “The bottom line is that we had too many trucks come in the pipeline and that needed to be corrected,” he said, adding that the initial response in September/October of 2015 was that a few quarters would solve the problem, but Christmas came and went and shelves were still overstocked.

To help accelerate the correction, Slagle confirmed that Mack is adjusting its production levels (through planned down weeks) to “ensure the correction happens” but added that he is “optimistic on the pace of the correction.”

“I’m more encouraged today,” he said. “We’re seeing more employment, we’re seeing record levels in the stock market, and I think we’ll see consumer spending increase…and start to clear off those shelves and restocking start to generate more truck activity. In general, we think, in 2017 we will begin to return to normal.”

As well, Slagle said, Mack is turning its focus to its dealer and service centers ­for an opportunity it sees as a great potential.

“We have information that only 15% of the service work available from the 3.5 million trucks is done by OEMs,” he explained during the press conference. “And if you go to Europe that switches to 85-90%. The rest are going to independent repair shops. Here, the customers do service through their own repair shops. Why? Because they want uptime. So the opportunity of that other 85% here is fantastic. We’re focused on that and have been since 2010.”

According to data collected by a third party group, when fleet managers use an OEM dealer for a 3.5 hour repair, it takes, on average, four days for the truck to leave the shop, said John Walsh, v.p. of global marketing and brand management for Mack.

With “uptime, uptime, uptime” as its de facto slogan, Mack Trucks said that this wait time for customers is inexcusable and is part of the reason it launched its Certified Uptime Center program this January. The program evaluates dealers on 28 required process elements like shop organization and implementation of diagnostic tools. To become certified, it takes close to eight weeks as they have to undergo a number of assessments to make sure they meet each and every criteria outlined in the certification.

“It’s not a rubber stamp,” Walsh stressed. “The dealer has to enact processes to get certified. We’ve gone back to dealers and pulled their certification because they weren’t up to speed.”

So far Mack has 32 certified uptime centers and its hope by the end of 2016 is to have at least 60. Eventually, Walsh said, Mack wants all 430 dealer locations certified.

“And in those 32 dealers that four-day average you saw, we’re cutting it in half and overall, we’re seeing increased productivity,” Walsh added.

Furthermore, Mack said since focusing on increasing the percentage of service work for OEM dealers in 2010 it has increased the number of its technicians by 90% and have added 40% more service bays across North America.

“We have to convince the customers that they will get uptime with our service centers,” Slagle said.

In addition to a business update, executives gave trucking press a peek at what is to come in the near future for the brand.

Specifically, the company gave trucking journalists a taste of the dimethyl ether (DME) fuelled truck is has in the works.

“We’re constantly looking at what is needed in the industry,” said Roy Horton, director, product strategy, Mack Trucks, “especially when it comes to alternative fuels. DME is one of them. DME is not a natural product. It’s synthetic.”

DME can be made from a variety of methane-containing products, including food waste, Horton explained.

“So to have an option to convert food waste into fuel is very interesting, especially for a city like New York where food waste is an issue,” Horton added.

Mack Trucks announced that they are currently looking to work in partnership with the New York’s Department of Sanitation (DSNY) to determine if DME can work for its various applications in the city.

“It’s a fantastic opportunity for us and for the industry,” Horton added saying that it has a DME-powered Mack Pinnacle ready for testing.

Mack Trucks execs said they have had their eyes on DME as a fuel option for a while because of its potential.

“Our expectation is (DME is) going to be in line with diesel,” Horton said. “It answers a lot of challenges that has been posed but the natural gas industry. And there’s lots of positives…It’s not under high pressure. It doesn’t vent. If you puncture a tank, it’s not going to explode. It’s something that you can use with little modification to your diesel engine.”

And these positives have seemingly rubbed Kathryn Garcia, DSNY’s commissioner, and Rocco DiRico DSNY’s deputy commissioner the right way. Both agreed that DME would be a good way to fuel trucks for the department.

Garcia said she likes that DME trucks can fuel in the same way and the engine of the truck isn’t complicated with many afterparts.

However, for now, DME is not a reality for DSNY because of the various regulatory steps the fuel and truck have to go through before it can legally hit the busy roads of New York.

“Look we’ve already driven DME,” DiRico told the press in attendance. “The truck I drove performed flawlessly…and it had the torque and the power that we need…but once again, the regulatory side, the fuel needs to be vetted.”

Garcia added that she also likes the fact that DME fits in with the notion that trash has a value – something she said more people need to be thinking about.

DSNY said the DME-fuelled trucks is still an ongoing process and to put a timeline on when they could potentially invest in the alternative fuel is tough to say.

Currently, Mack is the main provider of heavy-duty vehicles for DSNY by way of competitive bid. More than 90% of the trucks in DSNY’s fleet of 7,000 are Mack.

“(Mack Truck’s) been able to produce trucks that fit the stringent needs that we have at a competitive price,” DiRico said. “They’re our current contract provider. Though the contract expires in nine months.”

So it’s a no-brainer that in the coming months Mack will be getting their ducks in a row for DSNY and its competition.