DUBLIN, Ohio — Cummins has taken the wraps off an all-new heavy-duty engine platform it feels will cement the 15-liter’s spot in the market by bringing additional efficiency and stronger performance.

Gone is the ‘IS’ from the name. The new 2017 engines are branded the X15 while an X12 will come online in 2018. The X15 is available in two versions: Performance and Efficiency. The Efficiency series is dialed in for maximum fuel economy while the Performance model is designed for more rigorous applications where additional torque and power are needed.

“The big bore engine is here to stay,” declared Lori Thompson, vice-president of marketing with Cummins when unveiling the engines to the trade press Friday.

The engines were made available for test drives at the Transportation Research Center near Columbus, Ohio. The X15, in a direct comparison to a current generation and identically spec’d ISX15, showed markedly better throttle response and engine braking. Cummins officials said they optimized the software calibrations and air management systems for greater thermal efficiency and to improve performance and reduce fuel consumption.

“Thermal efficiency is really how we extract the power from the fuel,” explained vice-president of engineering Jim Fier. “There are many changes on this product on how we do that; how it breathes. Different valve timings, different ways to alter the injection process. Compression ratio. There are a lot of things we adjusted in order to extract more power from the fuel.”

Cummins said customers will see about a 3% fuel economy improvement versus the current ISX15. Comparing the X15 to a 2012 ISX15 yields an even more impressive 20% fuel economy improvement, Fier pointed out, making a compelling case for updating older trucks. A four-hour run on the 7.5-mile oval track at the Transportation Research Center yielded fuel economy of close to 10 mpg with a loaded trailer.

“Every enhancement was made with dependability in mind,” Fier said, adding the engine underwent the most extensive field trial program in Cummins history, accumulating some nine million miles.

Diesel particulate filter (DPF) cleaning intervals have been pushed out to 800,000 miles and oil drain intervals are now 50,000 miles on trucks that average 6.5 mpg or better. Further, Cummins is offering a new oil analysis program called Oil Guard, which will help customers extend drain intervals to as much as 80,000 miles in duty cycles that will allow it. The new program provides an opportunity to customize drain intervals by specific application rather than applying broad recommendations across the segment.

Also new is a one-piece aftertreatment system that Cummins said reduces space requirements by 60% and weight by 40%. The system combines the diesel oxidation catalyst, DPF and selective catalytic reduction system in one canister.

The engines are also built with connectivity in mind. All X15 and X12 engines will be capable of receiving over-the-air engine calibration updates. This means fleets can update engine software without taking the truck into a dealership and can even remotely program the engine for a different duty cycle. This will be done through approved telematics platforms. The fleet manager sends the update to the truck from his or her computer and the driver is then prompted to approve and finalize the calibration update. A backup is created in case there are any issues with the update.

Amy Boerger, vice-president of sales with Cummins, said the company now has 45,000 trucks equipped with its Connected Diagnostics remote diagnostics platform. Connected Calibrations with over-the-air programming is the next step in connectivity for Cummins. 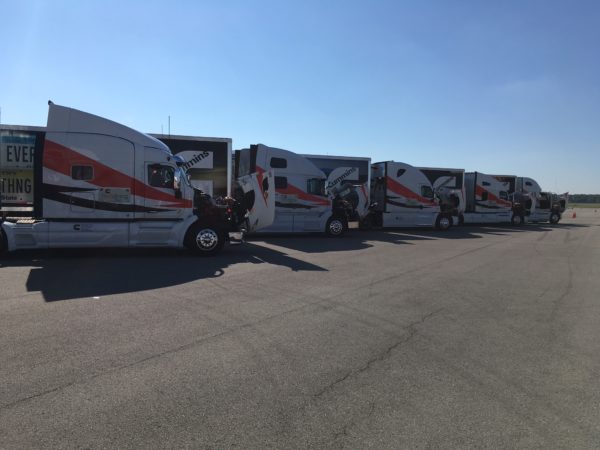 “That’s uptime for them,” Boerger said. “They no longer have to bring the truck into a shop to get a calibration update.”

Also demonstrated at the event was an X15 Efficiency model with SmartCoast and ADEPT features, as well as predictive cruise control. GPS-enabled predictive cruise looks ahead of the truck by two miles and adjusts acceleration accordingly to maximize the time spent coasting. Fier said it effectively makes every driver a fuel economy expert.

SmartCoast lets the truck run at idle on slight downhill grades. A lap around the track saw the truck coasting about a third of the way around, with very subtle changes in terrain. Cummins says an LTL fleet has been testing SmartCoast and operates in coast mode burning minimal fuel 18% of the time.

With the introduction of the X15, Cummins says it will meet and exceed its obligations to enhance fuel economy as part of the next phase of EPA/NHTSA regulations aimed at reducing greenhouse gas emissions.

The X15 enters limited production in the fourth quarter, with full production ramping up in January. Cummins anticipates building about 1,400 such engines during the pre-production phase, about triple the usual volumes for the phase. The X12 will hit the market in 2018. 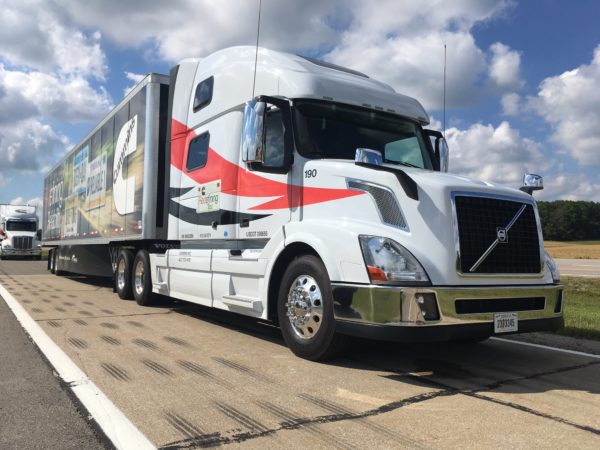