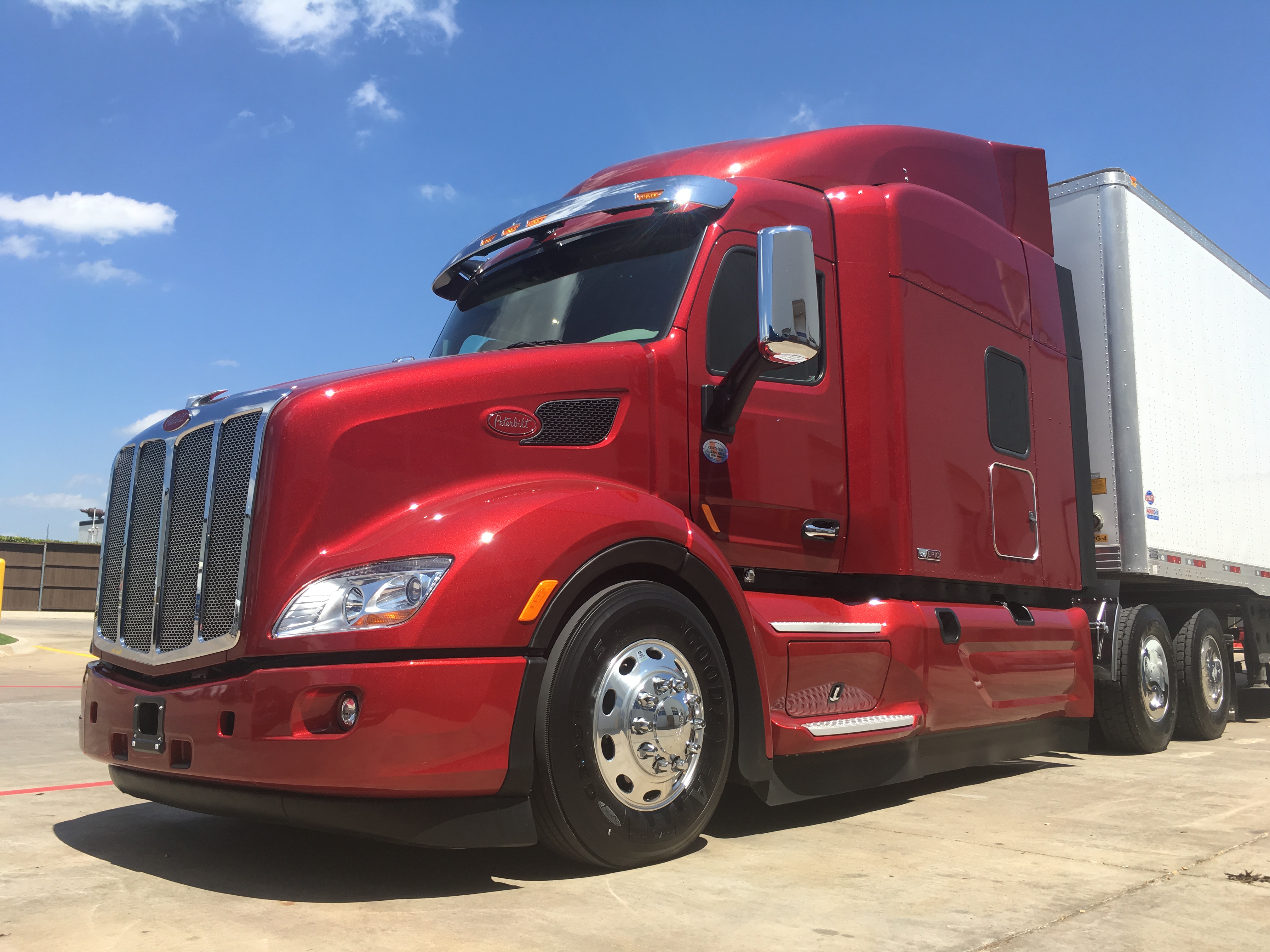 Integration has been the name of the game as truck manufacturers have striven to bring unprecedented fuel economy to their vehicles, and Paccar has upped its efforts with the introduction of its first North American axle.

“With the greenhouse gas push for better fuel economy, I think the rear axle is a key component in having better performing fuel economy,” Anthony Gansle, Peterbilt’s marketing manager for on-highway vehicles told me before letting me drive one of the first trucks equipped with the new tandem axle. 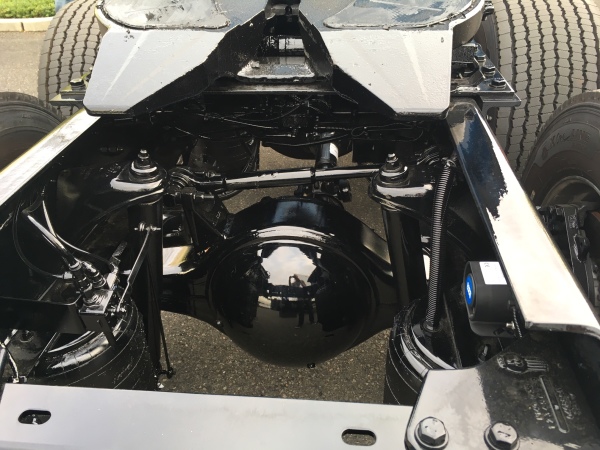 The new Paccar axle in a Kenworth T680.

It was a Peterbilt 579 EPIQ package with a 40,000-lb rated Paccar rear tandem axle, powered by the new 2017 Paccar MX-13 engine, which itself received several updates. I also drove, soon after, a Kenworth T680 with that same Paccar axle and updated 2017 MX-13 engine.

It’s not easy to evaluate an axle. Any advantages delivered by a proprietary axle are likely to show up on the fuel economy reports and won’t be noticed from behind the wheel. And this is where Paccar is confident some tangible savings will be seen.

“Two of the three major components are now in place,” said Kevin Baney, Kenworth’s chief engineer. “This is really about building a Paccar powertrain going forward, largely around our Paccar engines.”

The fuel savings provided by Paccar axle – figures have not yet been disclosed – will come from reduced weight and internal friction. Gansle said the new axle is 80-140 lbs lighter than competitive offerings.

“This is going to be more efficient than anything out there,” vowed Baney. 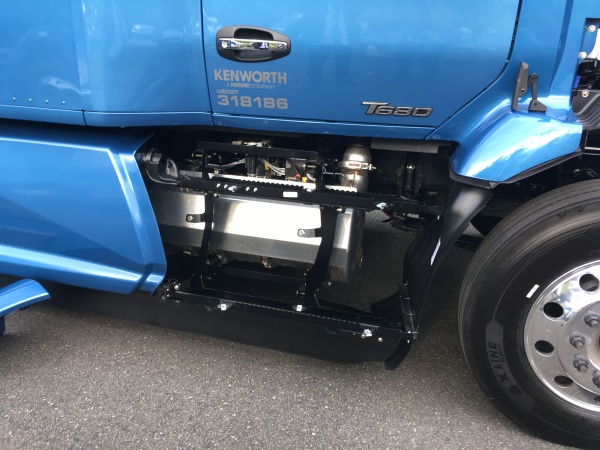 Weight was taken out by laser-welding internal components. Less oil is required as well. And Baney said there’s less friction within the axle. A pinion throughshaft design simplifies power flow in the axle for improved efficiency, Paccar claims. Ratios from 2.47 to 3.70 are offered with engine torque compatibility of up to 1,650 lb.-ft. and a multi-torque rating of up to 1,750 lb.-ft. It was designed for linehaul applications. The gross vehicle weight limit is 80,000 lbs.

Enhancements to the Paccar engine we more appreciable from behind the wheel, in the form of added torque and power. The MX-11, which I drove in a Kenworth T680 Advantage day cab, features an extra 100 lb.-ft. of torque. The MX-11 I drove was rated at 430 hp/1,650 lb.-ft. and was able to pull some pretty significant grades near Kirkland, Wash. without trouble. It was surprisingly sprightly for an 11-litre and may open the engine up to some new applications.

“We think of the MX-11 in terms of vocational applications, but with the additional torque it’s going to be a nice linehaul engine for us when you think of the significant weight reduction it provides,” said Gansle. Peterbilt, of course, also offers the MX-11, though I didn’t drive one in a Pete.

The MX-13 was given an extra 10 hp, bringing its top rating to 510 hp. In addition to bringing some improved performance to its MX engines, Paccar also made changes to the design that will improve fuel efficiency, the company claims. These include a new variable geometry turbo on the lower horsepower-rated MX-13s, a variable displacement oil pump and a variable speed coolant pump. It’s all about limiting the power consumed by these components to what’s actually required.

“It will help prevent a lot of engine efficiency losses,” Gansle said. “We will see fuel economy benefits and the customers will see cost of ownership benefits. Our oil intervals will improve and some other intervals for maintenance are going to improve.”

Also new is a single-canister aftertreament system designed by Cummins.

“We have integrated the DPF, SCR and DEF pipe into a single can,” Baney explained. “It really helps with packaging and also in managing weight reduction.”

The new aftertreatment system shaves about 100 lbs off the weight of the vehicle. Paccar has seen a solid uptake of its proprietary engines since bringing them to the North American market in 2010 and by the end of this year, will have 135,000 on the road here. Nearly half of all Kenworth and Peterbilt trucks sold this year were powered by Paccar engines.

The company is hopeful its first rear axle will be received just as enthusiastically. It’ll be the standard offering in the databook. The new axle will enter production in January.

Paccar officially introduced the new axle and enhancements to its MX engines at the American Trucking Associations Management Conference & Exhibition earlier this month. You can read that report here. 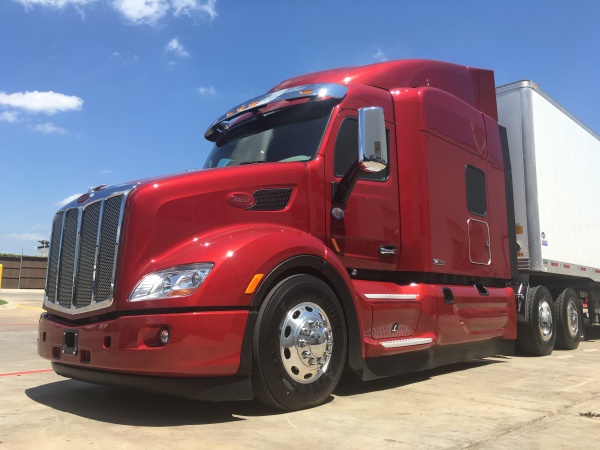 This Peterbilt 579 EPIQ was one of the first trucks with the new Paccar axle and 2017 MX-13 engine.