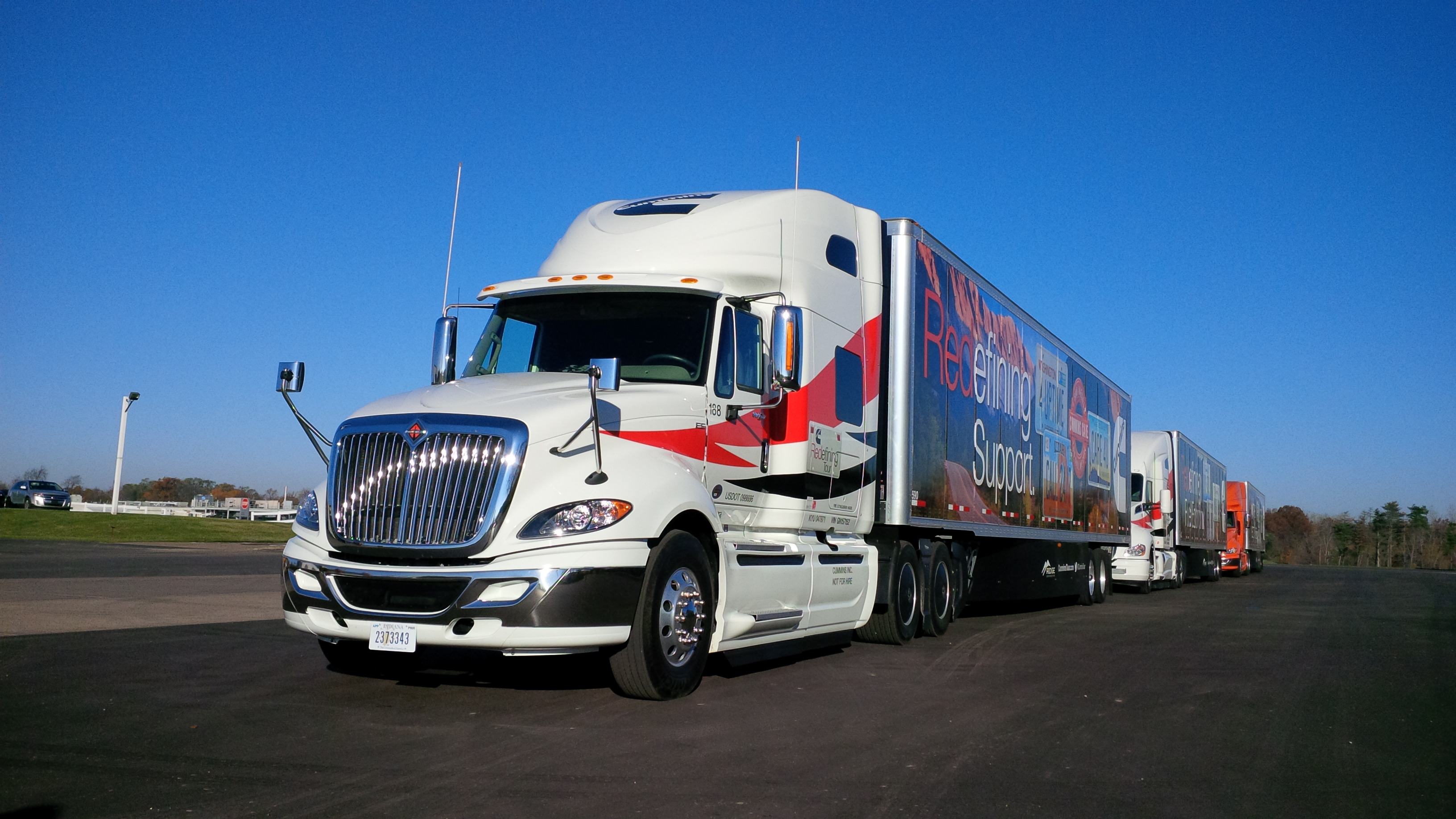 Driving the 2017 ISX15 with SmartAdvantage powertrain

MARSHALL, Mich. — Having recently completed a coast-to-coast tour in the US and Canada showcasing its prototype 2017 ISX15, Cummins joined Eaton this week in Michigan to allow the first editor test drives and to announce the launch of a new SmartAdvantage powertrain.

Michael Taylor, general manager, global powertrain with Cummins, said the 2017 engine has already been well tested, even though it won’t launch until late next year. He said it has already accumulated more than nine million miles in real-world customer applications, which is equal to 4,000 trips from coast to coast. Early indications are that the engine will excel in the four key areas customers care about: uptime, fuel economy, driveability and maintenance. 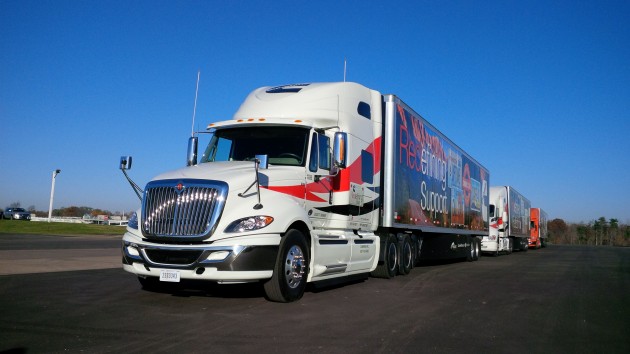 We drove this International ProStar with 2017 ISX15 engine and SmartAdvantage powertrain.

Taylor vowed the 2017 ISX15 will deliver the best fuel economy and lowest overall total cost of ownership in the industry, even when compared to 13L engines.

Asked how a larger, heavier engine can compete with a more compact 13-litre in terms of fuel economy, Taylor said, “With a big bore engine like the 15-litre ISX, you are able to take advantage of the low-end torque and you’re able to lug the engine down to a lower speed. As you go lower in speed, you reduce frictional losses and improve your overall parasitics, so you’re actually operating in a more efficient range of the engine. With a big bore engine you have the opportunity to utilize that low-end torque and therefore get higher efficiency compared to a smaller engine, where you’re not capable of lugging down as far and therefore have to run at higher speeds, which generates higher friction.”

The truck I drove on some Interstate highway and secondary roads near Marshall was equipped with the 2017 ISX15 and SmartAdvantage powertrain. The SmartAdvantage combines the ISX with the Fuller Advantage Series automated manual transmission. The overdrive transmission features a small, 26% step between ninth and tenth gears, allowing for quick shifts and the ability to easily and efficiently pop back and forth between the top two gears so the transmission is always in its most efficient gear. 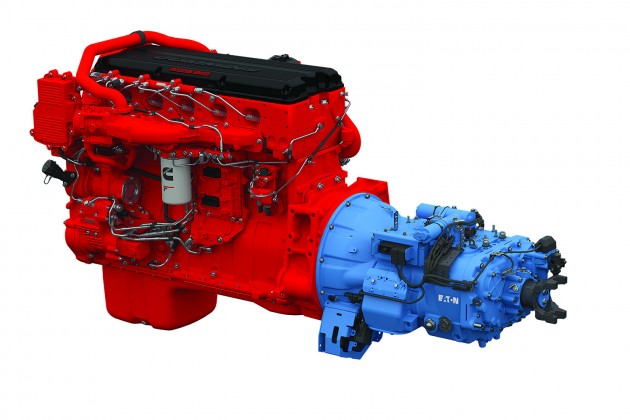 Taylor said this is an ideal line-haul spec’, where engine cruise speeds would average 62 mph or higher. During my drive the transmission did change frequently between ninth and tenth gears. We were loaded to about 65,000 lbs and cruised at about 1,150-1,200 rpm. All SmartAdvantage powertrains are limited to gross combination weights of 80,000 lbs, making it an ideal spec’ for north-south runs into the US but posing some limitations for higher-payload domestic routes within Canada.

The SmartAdvantage powertrain with small step technology can now be ordered with 400- and 420-hp ratings, in addition to the 450-hp initial offering.

The 2017 ISX15 carries over all the latest features Cummins offers on its current product. These include: vehicle acceleration management, which limits power on acceleration to save fuel; SmartTorque2, which senses vehicle weight, grade and operating gear to slect the appropriate torque output; and SmartCoast, which disengages the driveline when coasting downhill to save fuel. Cummins officials were reluctant to divulge specific changes that have been built into the 2017 product, but those details will be available closer to the official launch date. The engines available to drive this week were prototypes, but fairly advanced in the development cycle.

During their joint press event here this week, Cummins and Eaton also announced availability of a new SmartAdvantage powertrain featuring a 10-speed direct drive transmission. The new offering, intended for regional haul and LTL applications with average road speeds of less than 62 mph, gives the SmartAdvantage broader coverage of the industry. While the small-step overdrive SmartAdvantage readily jumps between the two top gears to ensure maximum efficiency, the 10-speed direct drive is inclined to grab and hold tenth gear to maximize the time spent in more efficient direct drive.

Cummins and Eaton have broadened the SmartAdvantage’s coverage of the market with new options.

“One of the key enablers of this technology is the release of 2.26 and 2.28 axles, which gives us the opportunity to downspeed our direct drive transmission,” explained Ryan Trzybinski, product strategy manager, commercial powertrain, Eaton. “With those axle ratios, we can run our direct drive as low as 1,240 rpm at 65 mph – not quite to the overdrive level, but running in direct drive brings new features and opportunities to us…In regional haul applications with slower speeds and where you’re able to maintain and hold top gear, direct drive can give you an advantage over our SmartAdvantage small step.”

The two companies first announced their SmartAdvantage integrated powertrain in 2014, touting a 3-6% fuel economy advantage compared to their existing products at that time, which weren’t yet fully integrated. The addition this year of SmartCoast has added another 2% in fuel savings, the companies say.

Having expanded the SmartAdvantage options available, Cummins and Eaton have also revamped their joint Web site. Customers can now access more tools and information at www.SmartAdvantagePowertrain.com to determine which configuration is best for their application. 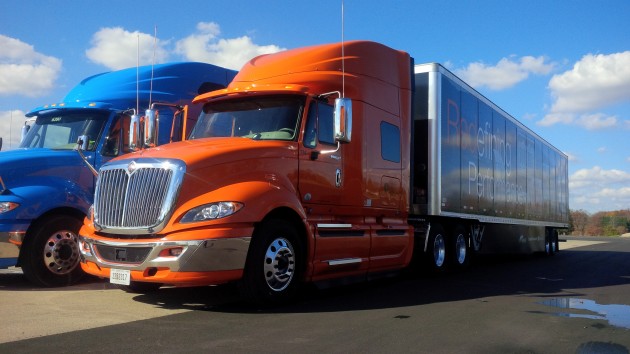