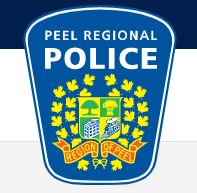 As the Peel Region struggles to shed its image as the ground of zero of cargo theft, tech savvy entrepreneurs in one of North America’s biggest transportation hubs are taking a shot at the booming fleet-tracking market.

“We are in a good position to take advantage of the situation to protect carriers and their assets,” said Jagdeep Singh Shipra, CEO and managing director of TrackSmart Fleet Solutions, which entered the business just two years ago.

To fully understand how bad the situation is, one should look at the population sizes of the two regions: Peel has a population of just under 1.4 million while California is the most populous U.S. state with 40 million people.

“Thieves are not after the trucks or trailers. They are after the cargo,” Shipra said. 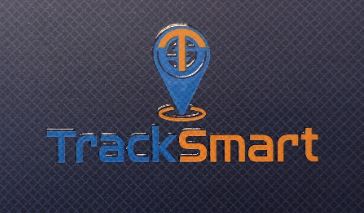 TrackSmart has about 3,000 customers in the fleet-tracking segment alone.

Market intelligence provider Industry Research reported in June that the global fleet management solutions market was worth $5 billion in 2018, and is expected to top $15 billion by 2024.

It offers real-time notifications, temperature and humidity watch in reefers, livestock monitoring as well tracking of individual packages in high-value loads such as shipments of smartphones and high-end computers.

On-board tracking of drivers with electronic logging devices and dashcams is an entirely different segment, which is also growing exponentially.

Fleet tracking mainly involves the monitoring of trailers, chassis and containers using a variety of technologies, including artificial intelligence (AI) and the internet of things (IoT) platform.

“All you need is just six of these to track the contents of a 53-foot trailer,” said Sukhjinder Singh, director of 360 Tracking, displaying two small beacons.

The Bluetooth low-energy (BLE) device is part of solutions being offered by his company, another new player in the market.

New entrants such as 360 Tracking and TrackSmart are now competing with the big boys of fleet tracking for market share.

“We’re going to collaborate with a big player in the Canadian market in deploying AI in asset tracking,” Singh told Truck News.

The established players such as BlackBerry Radar, Omnitracs and Fleet Complete are not worried about losing their market share to new entrants.

BlackBerry Radar, which has witnessed robust growth since its launch in 2016, remains bullish about the market.

“Globally, there are over 25 million assets in the transportation space – trailers, chassis and containers – with less than 20% penetration,” said Christopher Plaat, senior vice-president and general manager of BlackBerry Radar.

Plaat believes his company has a superior tracking device, which incorporates many of the BlackBerry legacy innovations.

He thinks there are risks associated with small players because customers expect a solution to last for a long time.

“The customers expect the devices to have longevity and the service to last with the timing of the asset.”

“We’ve not felt pain from losing to competitors that are coming to the market on that level,” said Andrew Hicks, lead product manager at Omnitracs.

But he says anyone innovating is going to help the market in general.

“If there are any small competitors coming in with a unique value proposition they can introduce to the market, I think that is welcome.”

Fleet Complete is a fast-growing telematics company with a global presence, including in 15 countries in Europe.

David Prusinski, executive vice-president of sales and marketing at Fleet Complete, thinks the North American fleet-tracking market remains very strong because of two reasons: the sheer number of trucks and the fact that many people have yet to latch onto the idea.

At the same time, he is very skeptical about the new players.

“The market itself is being disrupted and only some of the big players will be able to take advantage of it.”

He said Fleet Complete offers a complete solution, and the value proposition and return on investment are very high.