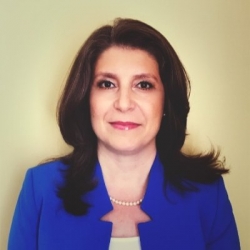 TORONTO, ON – The Canadian Institute of Traffic and Transportation (CITT) has named a new chief executive officer. Pina Melchionna will start in the position on September 5.

Both Melchionna and current CEO Catherine Viglas will be working in the position together until November, when Viglas leaves the role.

Prior to taking on the role with CITT, Melchionna spent 16 years in the financial services industry with an extensive background in management. Her most recent role as the executive vice president of Concentra Financial took her to Saskatoon, Saskatchewan, before returning to Ontario to work with CITT. Before joining the financial services industry in 2001, Melchionna was a litigation and family lawyer, as well as a professor at Humber College, Sheridan College, and Seneca College.

In addition to completing her law degree from Osgoode Hall Law School, Melchionna has attended both Dalhousie University where she received her MBA, and the Rotman School of Management for their director’s education program.