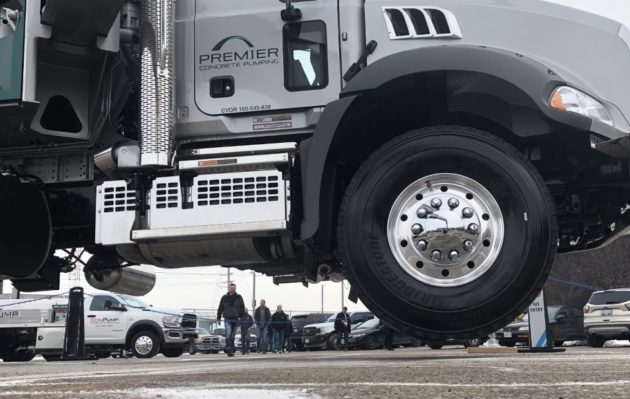 TORONTO, Ont. – Look no further than the equipment rolling around Toronto for proof of an active construction sector. Bart Kanters just wishes there were more truck drivers to place behind the wheel.

The president of the Ready Mixed Concrete Association of Ontario, also branded as Concrete Ontario, says surveyed members were looking for 300-400 new drivers last year, but were only able to attract half that number.

The group’s 90 members operate 270 concrete plants across the province, served by about 3,500 ready-mix trucks.

“They’re great-paying jobs that are in that $22-30-per-hour range, great benefits. But trying to find drivers for the industry is one of our biggest challenges — and it’s really what’s holding us back,” he said during an interview at the Canadian Concrete Expo, held this week in Mississauga, Ont. “We have members that have vehicles and equipment that are parked because they can’t find enough drivers to staff their needs.” 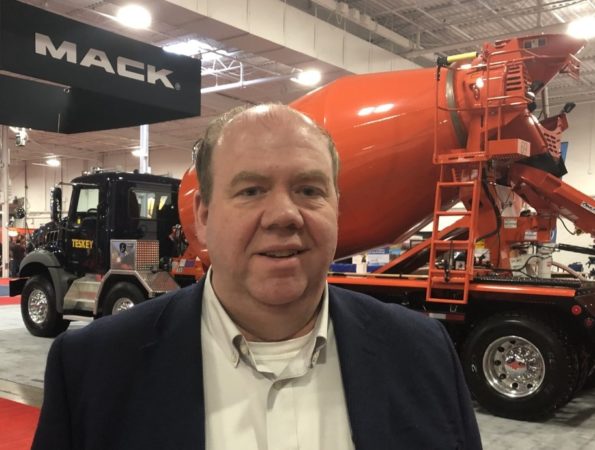 “We have members that have vehicles and equipment that are parked because they can’t find enough drivers to staff their needs,” says Bart Kanters of Concrete Ontario.

To compound issues, operations with fewer than 50 trucks are finding it more difficult to secure insurance for new drivers.

Trained, safety-conscious drivers are clearly the key to success. Once water and cement are combined, it needs to reach a job site, undergo testing, and be unloaded within two hours. Time and technique are of the essence.

Growing use of concrete pumpers

The equipment itself is also becoming more technically demanding, particularly as concrete businesses gradually shift toward the use of concrete pumpers that deliver their loads through massive booms.

“A concrete pump is labor savings — and unemployment is at an all-time low, so it’s hard to get people,” said Eric Duiker of CanCrete Service, a supplier of concrete pumpers. “You can take one concrete pump and replace 10 guys on wheelbarrows … On high rises, you’re not using your tower crane to place concrete. You’re using it to place steel and decking, to move form work around, so you can pump concrete while you’re forming concrete.”

But a new generation of equipment requires a higher level of skill.

“This is one of the most important parts of building construction, and one of the most dangerous,” executive director Mike McKenna said at the time. “While people operating such heavy equipment must be trained to do this work, surprisingly no formal programs are in place anywhere in North America to validly certify their knowledge or on-site performance capabilities.”

Still, the equipment is evolving in the name of driver comfort and safety alike.

Last year, CanCrete shipped more concrete pumpers with conventional cabs rather than cabovers. “It used to be all about the space and saving the length of the cab, but now it’s also about operator comfort,” Duiker said.

It was the first time conventional cabs accounted for more than half of the company’s sales.

More safety interlocks are also being incorporated. If a boom is out of its cradle and someone attempts to activate the outriggers, for example, a horn must blow. Warnings sound in the cab if the boom is not in place and a driver attempts to shift out of the PTO mode.

Quebec takes the extra step of mandating powerline detection systems that will shut down a boom if it enters a powerline’s magnetic field.

Duiker also says the driver shortage is demanding greater reliability in the systems. 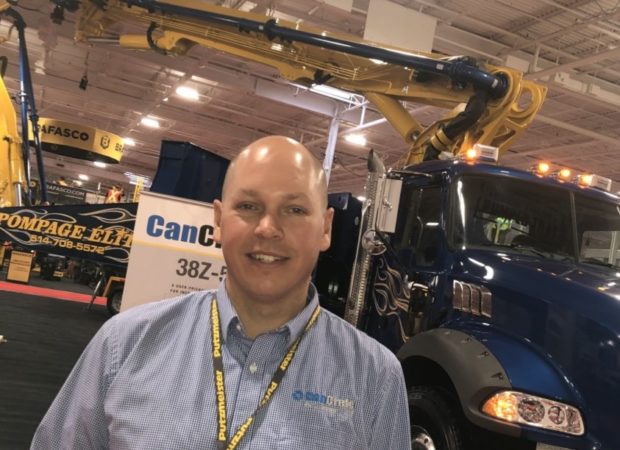 No matter who is at the controls today, it will also be a long-term investment.

“The concrete pumping industry is a real capital-intensive business. You buy a truck you pay a half million dollars for it. You’ve got five to six years to pay for it, except it really takes you about 10 years to earn enough money to justify what your payments were,” Duiker said, referring to units that can cost anywhere from US $400,000 to $1.25 million.

“You have to have cash going into it — and over a 10-year cycle there’s always a recession. So it’s like, ‘I’m going to make this big investment that’s going to pay over 10 years, and at some point I’m not going to have enough work for it.’