He will now be based in Fort Mill, South Carolina, close to most of Daimler’s U.S. manufacturing operations. 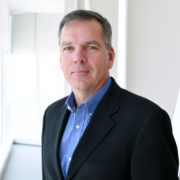 Kurschner is president and CEO of Daimler Vehículos Comerciales Mexico, and over 25 years with Daimler has held management roles in Germany, Argentina, Brazil, Spain, the U.S. and Mexico. Daimler Trucks Mexico’s market share has grown dramatically under his watch, and in 2016 accounted for 36.2% of the country’s Class 8 sales.

Kurschner will be based at company headquarters in Portland, Oregon.