“The Board of Directors would like to sincerely thank all of our volunteers, attendees and drivers that have come through the gates for the past 30-plus years. It is with the utmost of gratitude and appreciation that we thank you for your support over these past years.”

In 1986, the Fergus Truck Show was established as a one-time event to raise funds for the Fergus and District Community Center Complex Hall addition and to introduce area residents to the trucking industry. In a few years, it had grown to be one of the province’s largest truck-specific events.

Lately, as the nightly musical entertainment grew, the trucking side of the show waned. 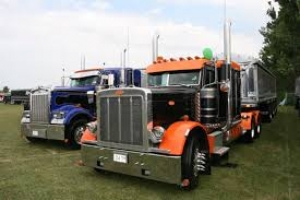 The event’s show-and-shine was a shadow of its former incarnation.

Over the years, the event has resulted in approximately $80 million dollars in economic benefit for the community.

The Facebook farewell extends gratitude to everybody who attended, volunteered or competed at the show. With a special shout-out to truckers:

“To our drivers – coming from across town or across borders, we wouldn’t have had a show without you. Your devotion to this industry is without question. We know that if we got it, a truck brought it.”