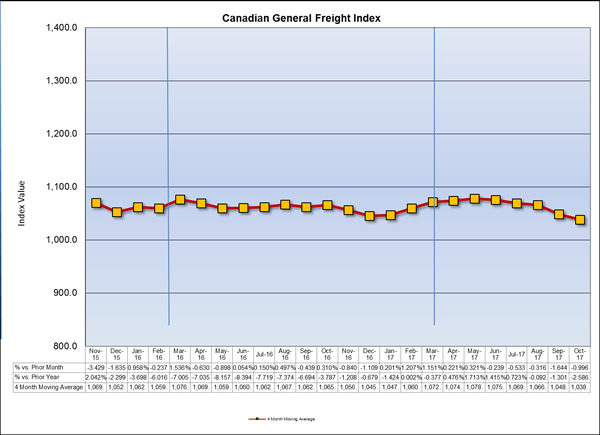 MISSISSAUGA, ON – Canadian shippers saw the cost of ground transportation drop by 1% in October when compared to September, according to the Canadian General Freight Index compiled by Nulogx.

A related Base Rate Index, which excludes accessorial charges, dropped by 1.3%, while average fuel surcharges increased. Fuel was 14.63% of base rates in October compared to 13.61% in September.