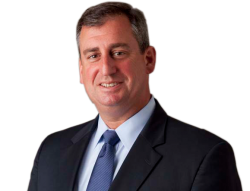 GREENSBORO, NC – Martin Weissburg will become the president of Mack Trucks on June 1, succeeding Dennis Slagle who has led the manufacturer since 2008.

Weissburg is currently the president of Volvo Construction Equipment. Slagle will remain with Volvo Group, reporting to president and Chief Executive Officer Martin Lundstedt as a special projects leader.

“Thanks to Denny Slagle’s leadership, the Volvo Group’s North American truck business has substantially improved its profitability and competitiveness, and is strongly positioned for the future,” Lundstedt said in a release. “In Marty Weissburg, Mack Trucks will have another proven leader who is passionate about realizing the full potential of this great truck brand.”

Weissburg will be based in Greensboro, North Carolina.