Message from the top: Innovate and adapt 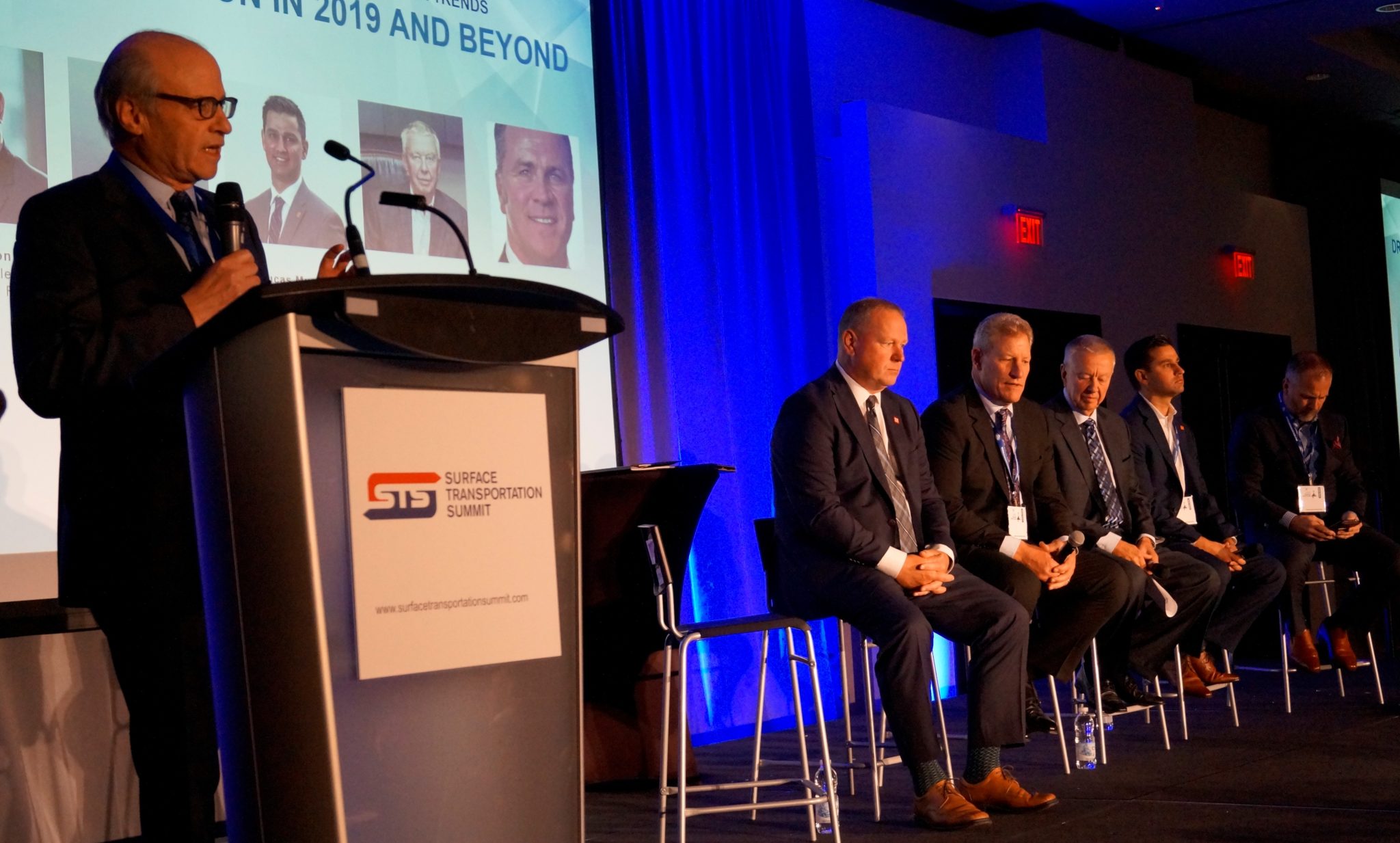 MISSISSAUGA, Ont. – Transportation industry leaders vowed Wednesday to innovate and adapt to meet the challenges of the future.

Kicking off a panel discussion at the 11th Surface Transportation Summit, Tim Roulston, director of sales for intermodal at CN Rail, told delegates that transformation through advanced technologies would be a key focus of the company.

CN’s plans include autonomous track inspection, handheld technology for mechanics and crews, and a smart network that can respond quicker and act faster.

“We can find out things in 20 minutes that we used to find out in seven days,” said Roulston.

He said CN now has a business-led technology-enabled mindset.

Chris Walker, president of Maritime-Ontario Freight Lines, spoke of the “headwinds” in the industry.

He said aging drivers, the implementation of electronic logging devices and the challenges posed by climate change all pose major problems.

“Climate change is affecting us because of the changing weather patterns and (as a result) the rising insurance rates.”

He called talent acquisition a “real challenge,” adding that he had no answer for the industry’s failure to attract young drivers.

But it is something the company is “really thinking about”.

Talent shortage is also the main challenge transportation and logistics company Dicom is facing, according to Lucas Murua, its senior vice-president for sales and marketing.

Murua said the shortage was not confined to drivers, and it was not easy to find even senior executives.

He cited a report from Statistics Canada, saying the country will face a labor pool shortage through 2023.

Alan K. Boughton, co-founder of Trailcon Leasing, said trailers are continuing to evolve, and the company is adapting new technologies.

He said the company’s self-serve platform MyTrailcon will help customers do transactions easily.

Boughton was also concerned about the political and economic situation in the U.S.

“There will be uncertainty, going forward.”

Mark Cascagnette, president of Lee & Associates drew the attention of the delegates to the rising cost of real estate in the Greater Toronto Area.

He said Toronto had one of the lowest commercial real estate vacancy rates in North America.

He said the demand was growing and supply is low.