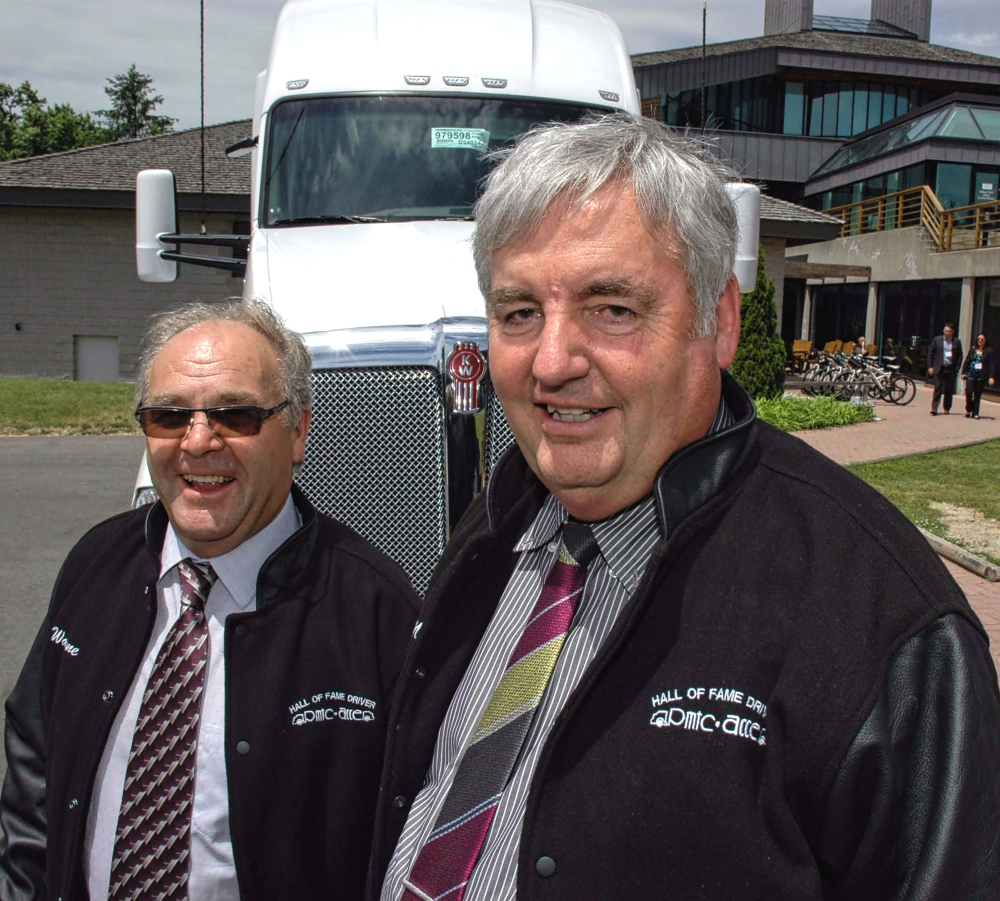 KING CITY, ON – Two long-time drivers have been inducted into the Private Motor Truck Council of Canada’s Driver Hall of Fame, first introduced in 2002.

Wayne “Wiener Dog” Jantzi, who has worked with Home Hardware since 1977, has logged 5 million kilometers without an accident. Twenty-four of those years were spent as a long-hauler in Ontario, Quebec, the Maritimes and Alberta.

Raised on a dairy farm, he remembers the driver of the milk truck letting him sit in the cab and sound the horn, as long as he helped unload the milk cans. It made an impression. That led to hauling grain in a five-ton Chevy at the age of 14, and earning a chauffeurs licence – predecessor to the province’s current AZ licence — by the age of 16. The skills were displayed at provincial driving championships and work alike.

Monte Boylen of Superior Propane has been driving since 1975, covering 1.8 million kilometers in residential, commercial and agricultural locations. That has included 73,800 engine hours and about 100,000 propane deliveries.

Making the work that much more challenging is the region where he is based. Kentville, Nova Scotia annually records about 50 days of snow, accumulating as much as eight feet of the white stuff.

Both drivers are involved in company safety initiatives as well.

Bob Boyich, vice president – sales and marketing at sponsoring Huron Services Group, put the numbers into perspective. Four million kilometers is the same as 100 trips around the world, or six trips to the moon and back, he said.