NASHVILLE, Tenn. – Moved by the story and lobbying efforts of Marianne Karth, who lost two daughters in a crash with a tractor-trailer, Stoughton has redesigned its rear impact guard. 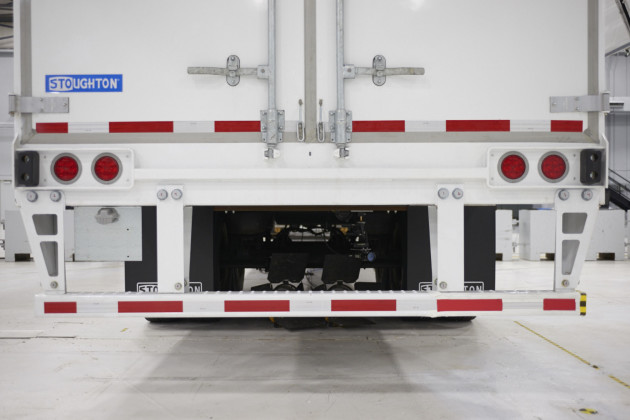 Karth visited the Technology & Maintenance Council’s spring meeting to commend Stoughton for the design improvements. The crash that killed Karth’s daughters occurred when the car they were traveling in was struck by a tractor trailer and sent spinning into the rear of another trailer.

Karth came to learn that only one trailer manufacturer, Manac, was designing rear impact guards capable of preventing underride at the outer edges, known as a 30% offset crash.

Stoughton voluntarily upgraded its rear impact guard to protect against 30% offset crashes and the new guard is now standard. The company announced it achieved the safer design without adding weight or cost to the trailer.

The new design provides underride protection across the entire width of the rear end of a trailer.