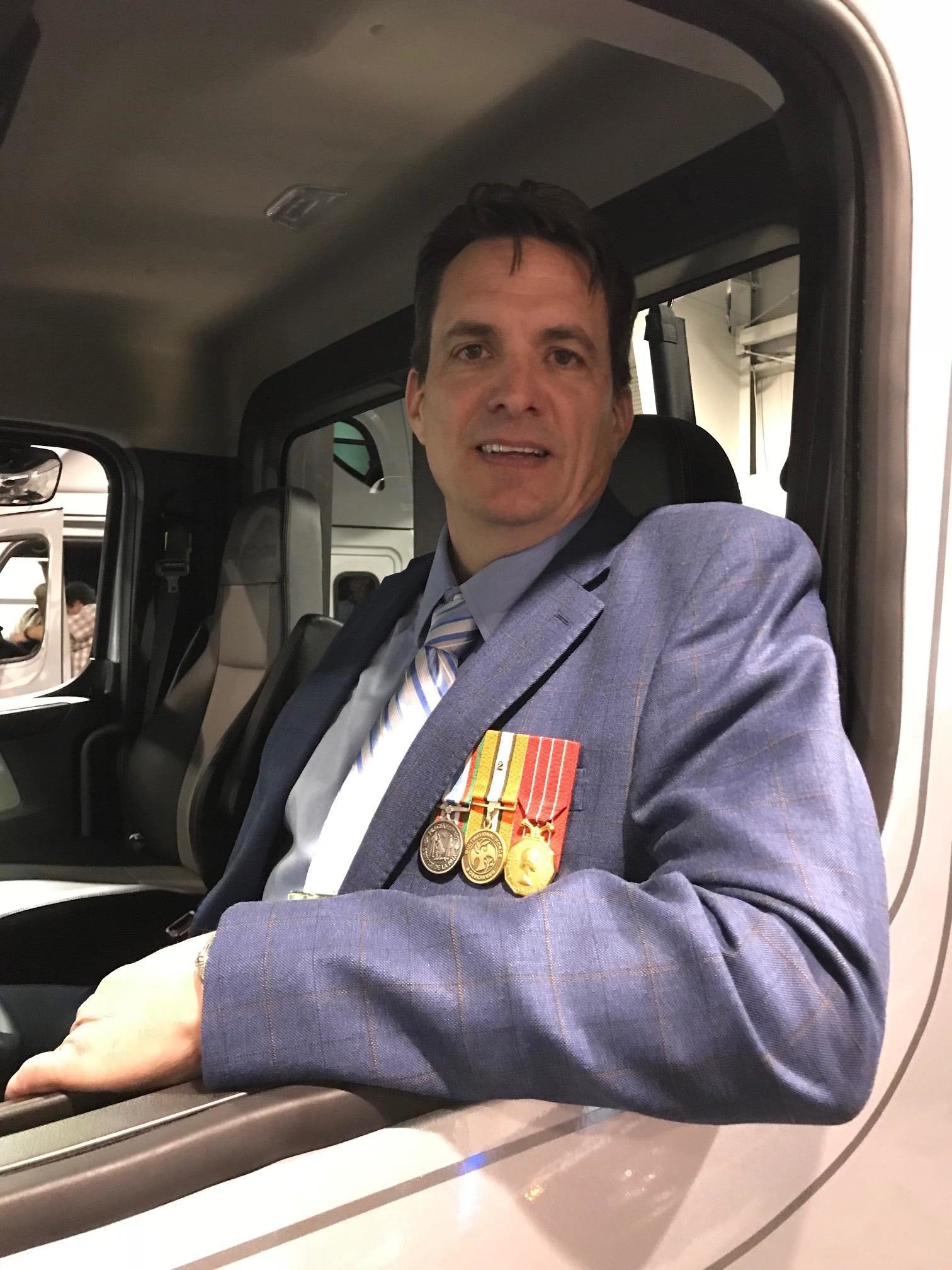 Selected through a national search by Newcom Media’s Today’s Trucking, Truck News, and Truck West magazines, the driver was presented with the honor during the Truck World trade show in Toronto.

“It’s a great honor … there are a lot of excellent drivers out there,” said McGowan. “I’d also like to take this time to promote retiring military personnel towards driving positions, using myself as an example.”

McGowan’s work behind the wheel began in the Canadian Army, where he was introduced to ice roads and chains north of the Arctic Circle, served in the sands of the Middle East, and drove everything from armored vehicles to four-wheel military pattern trucks.

Retiring from the military, he began his trucking career in Alberta, first hauling propane trucks, and eventually graduating to Super Bs. He has traveled isolated, mountainous terrain so steep that he was viewing the rooftop of trucks in front of him. And he is committed to the ideals of safety over every kilometer.

“He’s the sort of guy that gets picked for special projects,” said Nick Martin, training supervisor with Westcan Bulk Transport in Calgary, offering examples like shipments into Norman Wells in the Northwest Territories. “He has a great attitude, and a safe and analytical approach to the job.”

“This was an incredibly challenging year in the selection process, as we reviewed nominations from every sector of this industry. Finalists included owner-operators and drivers, individuals devoted to giving our industry a voice, and trailblazing women. We had candidates who had previously been honored as heroes, and who serve our industry well into their retirement years,” said John G. Smith, editor of Today’s Trucking. “But there can be only one Highway Star.”

“One of the things that set Doug apart was the nature of the trucking he has done. His work involves some of the most challenging driving tasks and routes this country has to offer,” said James Menzies, editor of Truck News. “No matter what work he undertakes, he is always open to sharing insights with the Westcan team, his peers, and even roadside inspectors.”

The Highway Star of the Year Award is sponsored by Freightliner, Eberspaecher, and OBAC. The winner receives $10,000, travel to Truck World and accommodations for two, a computer tablet and one-year OBAC membership, and special-edition leather jacket.