I heard a phrase the other day and it set my mind to digging deeper into the thought. The individual I was with was talking about his wife’s shopping addiction when he said that she was a “want person and not a need person”. I had actually done a some quick research on the internet on the subject of compulsive shoppers some time back and found that there is actually evidence that suggested that a small amount of endorphins and dopamine was released into the brain when something is obtained or purchased, a feeling of accomplishment is felt by most of us. Unfortunately some of us enjoy the feeling so much and it is so short lived that they get hooked on it and become compelled to have the feeling over and over again, very destructive. 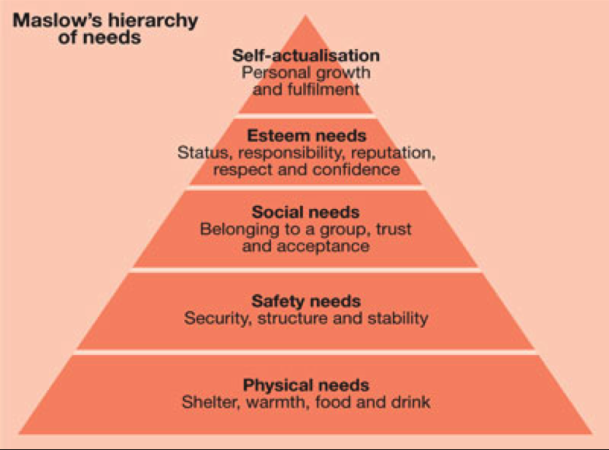 Hearing that phrase immediately sent me to a flash back situation one in which I was at a truck dealership some time ago, while there, I began talking to a driver who was out shopping for a truck. This fellow, just new to the industry as a licensed AZ driver, was determined to become an Owner Operator ASAP. As we chatted I noticed he was eye balling a couple year old conventional that was tricked out the wazoo, beside the beautiful beast, was a more conservative aerodyne truck that was obviously going to be a far cheaper truck to operate and had much less bling.

Having been through the bling time of my life when it comes to large cars some years ago, I felt compelled to impart my years of wisdom and inform the newbie in no uncertain terms what the best decision would be for him at his point in his career. I went so far as to suggest that net profit of the more aerodynamic vehicle with less chrome would pocket the same net dollars in four years and it would take him to earn in five years in the bling mobile, if he was lucky.

As I have said in the past, I am no sales person, I do not have that skill, and I admire those that do. I mention it because; this person endured all of the things I could throw at him that were designed to shed light on this decision. I went at him with things like 20% better MPG, ease of maintenance with less bling and less unnecessary repairable gadgets, less capital expenditure, better cash flow, a lighter vehicle that will allow more payload. He looked at me and said, ya but I have a young son and I’d like to enter into some of the show and shine events with him this summer. What could I say, I wished him well and hoped he had great success as an Owner Operator and I went on my way? This person new what they wanted, the fact that it was way more than they needed meant nothing to them.

So what type of person are you, need or want, if you strip it down and look at the famed psychologist Abraham Maslow’s hierarchy of needs, he had a five tired pyramid you start with food and shelter, then move up to things related safety and security then onto belonging, esteem and finally self-actualization.

Interesting flow of thoughts here as I overlay this line of thinking onto the current situation of driver turnover, it seems to me that many companies with high turnover struggle to simply supply what a driver of today needs the tier one, that is at the basis of driver retention.

Lets break it down a little, according to Maslow the base of his hierarchy pyramid is the need for food and shelter, to me that means steady income. With that steady income a driver buys food and shelter for his family, not to complicated, you don’t give me work or miles I don’t stay here, you can’t satisfy my basic needs. The next level is safety, can you provide a safe vehicle for me to drive and a safe work environment for me to work in, lanes, customers, fuel spots terminal etc. If I don’t feel safe and secure I’m out of here, why stay I have options that won’t put me in harms way that pay the same as this or better?

If you’re a company who does not have the first two driver needs nailed down and nailed down hard, then you are likely a company that has very high turnover. I would guess that your likely over two hundred percent. You over promise and under deliver, you don’t pay at minimum market rate and your safety record is in question, your trucks are likely being pulled over regularly by DOT because of it.

It’s the next few steps that I believe eludes the majority of trucking companies though, the next step is belonging. Does your company make folks feel like they belong to a community? How do you create that sense of community, do you communicate through newsletters, social media etc. and what do you communicate? Do you try and involve the drivers family, do you have functions and opportunities for them to participate. If you do, I’m going to guess that you feel your turnover is manageable. You feel like this because your turnover rate is at or around published industry averages.

If you’re a company that has mastered the first three steps and are also valuing your people and recognizing them on a regular basis, I’m betting that your on the low side of the turnover equation. If you’re past this point and actually assisting your folks to be everything they can be in their careers, lives and relationships, then your likely best in class. Your employees and your entire management team have built a company whose strategic advantage in the marketplace is it’s people. Congratulations to you I’m sure that your dealing with best in class numbers also, 20% and lower would be my guess.

The base need in driver retention is income and safety; these are the hard things, transiting from here to fulfilling the totality of needs, belonging, esteem, and finally self-actualization is where the game is won by best in class companies.

Mr. Ray Haight has enjoyed a successful career in transportation starting as a company driver and Owner Operator logging over one million accident free miles prior to starting his own company. After stepping down from a successful career managing one of Canada’s 50 largest trucking companies, Ray focused on industry involvement including terms as Chairman of each of the following, the Truckload Carriers Association, Professional Truck Drivers Institute, North American Training and Management Institute and the Ministry of Training Colleges and Universities voluntary apprenticeship of Tractor Trailer Commercial Driver, along with many other business interests, he enjoys a successful consulting business, also sitting on various Boards of both industry associations a private motor carriers. He is also Co-Founder of StakUp O/A TCAinGauge an online bench marking service designed to assist trucking companies throughout North America focus on efficiency and profitability within their operations.