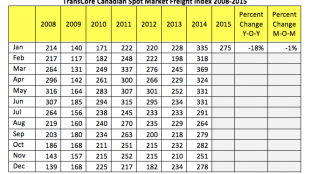 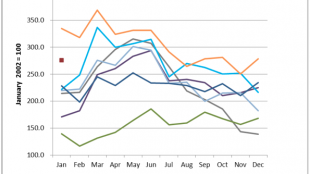 Month-over-month and year-over-year volumes were down 1% and 18% respectively, however January 2015 still recorded the second highest recorded volumes compared to the same month in any year, TransCore reported.

Cross-border load volumes averaged 73% of the total, an increase of 3% compared to December 2014. Year-over-year, cross-border loads leaving and entering Canada to and from the United States decreased 8% and 20%, respectively, TransCore reports.

Intra-Canada load volumes represented 23% of the total volumes for January and decreased 19% year-over-year. 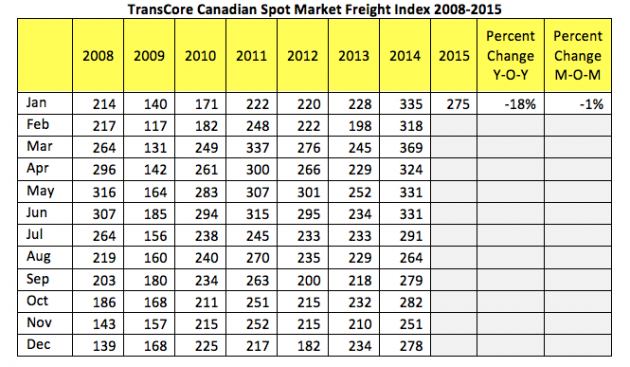 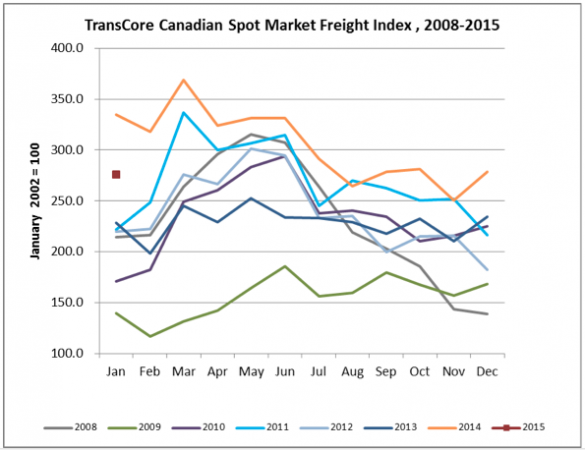