TORONTO, Ont. — The Canadian spot market remains strong, setting an all-time six-month record during the first half of 2014.

The TransCore Link Logistics Canadian Freight Index saw volumes swell 42% year-over-year during the first half of 2014. The year’s first half also set a new high for any six-month period since TransCore began tracking the data.

June marked the sixth straight month of record-setting volumes, according to TransCore, but month-over-month volumes were flat from May to June and Q2 volumes were down 4% compared to the first quarter.

Equipment postings were down slightly in June and truck levels remain low compared to last year’s levels, down 12% year-over-year in June. 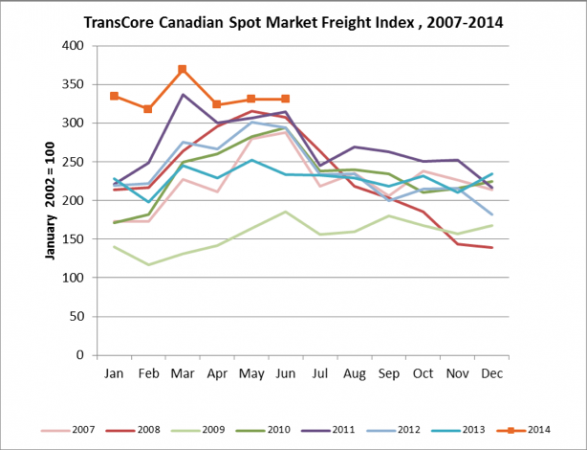