Canada’s Labour Program is beginning to crack down on fleets that misclassify truck drivers as incorporated businesses rather than employees – delivering another blow to the business model referred to as Driver Inc.

The threat of fines, and the ability to publicly name employers that don’t comply with Canada Labour Code obligations, came into force on Jan. 1.

“Any employer who knowingly misclassifies an employee in order to avoid their obligations is contravening the (Labour) Code,” an Employment and Social Development Canada (ESDC) spokesperson said, responding to questions from Today’s Trucking. “Employers may be subject to various enforcement measures, including compliance orders, prosecution, or most recently administrative monetary penalties.”

The administrative monetary penalties relating to misclassified employees can range from $1,000 to $12,000, depending on the number of employees and the federally regulated fleet’s gross annual revenue.

“The naming of employers will act as an additional incentive to comply with the Code and related violations. It will also make current and potential employees aware of employers that have violated the Code,” the ESDC spokesperson said. That information would be published for “serious violations” once all reviews and appeals are exhausted.

Offending fleets will also be required to pay money owed to employees, the letter to fleets adds. Related workplace inspections will focus on health and safety legislation and regulations under the Canada Labour Code.

“They’ve written a number of carriers that have been flagged as to having potential issues,” says Stephen Laskowski, president of the Canadian Trucking Alliance (CTA).

Those flags include recent audits by the Ontario Workplace Safety and Insurance Board (WSIB), which to date has led the biggest crackdown on the Driver Inc. business model.

“In 2019, we committed to the trucking industry that our risk model would generate focused audits on businesses, including trucking firms, using data-driven approaches to identify non-compliance,” says WSIB public affairs manager Christine Arnott.

Thirty-four trucking businesses were audited, and 21 had to pay net adjustments.

While most upward adjustments ranged between $305 and $21,784, four businesses accounted for about 90% of the totals that were paid:

“That was a trend for many, many years,” Just on Time Freight Systems owner Kulwinder Nijjar told Today’s Trucking, defending his fleet’s past practice of classifying its truck drivers as independent contractors. The problem, he says, is that these drivers were not paying all the taxes they owed.

Fleets do not withhold source deductions such as Canada Pension Plan contributions, Employment Insurance premiums, or income tax from payments to independent contractors. But the contractors are responsible for reporting income. And employees are not eligible to claim many of the tax deductions available to businesses.

The difference between employees and independent contractors is also determined by a series of specific measures, including the level of control the fleet has over the driver; whether the driver provides tools and equipment; whether the driver can decline or subcontract work or hire assistance; and the degree of financial risk or opportunity for profit.

Nijjar confirms that Just on Time Freight Systems is among the carriers notified about Labour Canada’s pending inspections. “We got the letter a couple of weeks ago,” he says.

But Nijjar says he is confident his business will pass the current review because the fleet has changed its business practices.

Ameri-Can Systems, Trillium Roadways, and Hassan Habib Transport did not respond to multiple requests for comments.

In one twist of fate, Trillium Roadways’ offices actually served as a backdrop when then-Minister of Employment, Workforce Development and Labour Patty Hajdu pledged to crack down on businesses that misclassified employees.

At the time, fleet president Jaspreet Samra openly admitted to incorporating about half the fleet’s 96 drivers, saying it was the drivers themselves who requested the payment structure.

“The whole industry is like that,” he said during the event in late 2018. “We offered both.”

The list of businesses that faced WSIB adjustments has been provided to Labour Canada.

“It will form a strong contingent of those who will be visited,” Laskowski says, referring to the WSIB list. “We would expect the next agency to come in is the CRA [Canada Revenue Agency].”

“More than half of the companies on the WSIB list that were charged with classification issues are on the CEWS list,” he says.

The alliance also continues to lobby for further sanctions in other provinces.

The nation’s largest trucking organization sees Driver Inc. as an extension of the underground economy, giving carriers that apply the business model an unfair advantage when it comes to reducing costs.

Driver Inc. payroll costs might be 35% cheaper than those paid by rule-abiding fleets, and they’re using the gap to undercut rates, says CTA chairman Jean-Claude Fortin. Drivers, meanwhile, are left with the mistaken impression that they’re making more money per mile, he adds.

“They don’t pay taxes, no income taxes, and I think right now it’s just getting worse,” Fortin says. And he warns drivers: “You’re going to get caught at the end of the year.”

“When you’ve got the competitive advantage of Driver Inc., it’s not that these carriers are getting rich at the same rates we have to charge – but they’re the ones getting the contracts from shippers,” says Wendell Erb, chairman of the Ontario Trucking Association (OTA). At times he’s been told that some of Erb Transport’s bids are as much as 50% higher than winning bids.

“They don’t pay taxes, no income taxes, and I think right now it’s just getting worse.”

Shippers might be inflating references to competing offers as a negotiating strategy, he concedes, but competitors are clearly undercutting rates.

“Every change that comes with ESDC [Employment and Social Development Canada] is always something that adds more onerous things for us as a carrier, some other benefits that we need to provide,” Erb says, noting that some fleets are avoiding such payments by registering employees as independent contractors.

“That’s continually frustrating,” he says. “The unfortunate part of it is the driver is the one who is probably going to get the big penalties here, the back taxes.”

Erb is confident that the WSIB enforcement has already curbed the “explosive growth” that was seen among Ontario fleets adopting the Driver Inc. model. But he stresses the practice still remains.

The true number of Driver Inc. fleets is difficult to calculate, but it wasn’t uncommon for the truck drivers attending recent job fairs to show up at a booth and ask recruiters if the fleet will hire a numbered company, Erb says.

They simply walked away after learning the business model wasn’t offered.

Laskowski notes that many driver recruiting ads have dropped references to saving GST and HST, recognizing that the promises would run afoul of taxation rules.

“They’re less flamboyant about it,” he says, referring to the way recruiters are no longer promoting the issue as a new way of doing business.

Still, Erb admits the fight needs to evolve, as fleets look for other ways to skirt the rules.

“The architects of these schemes are very complex, and I’m sure that as a sea change is coming along, they’re working on the next way to stay ahead of the curve,” he says.

“The Driver Inc. companies are having to adapt,” Laskowski adds. “They were brazen before.” 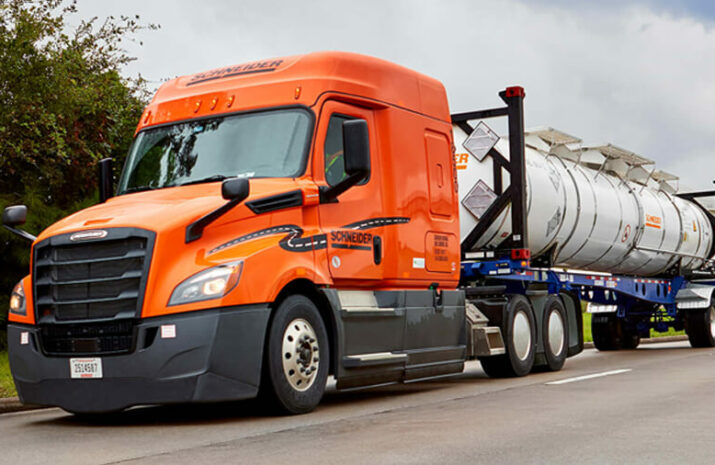 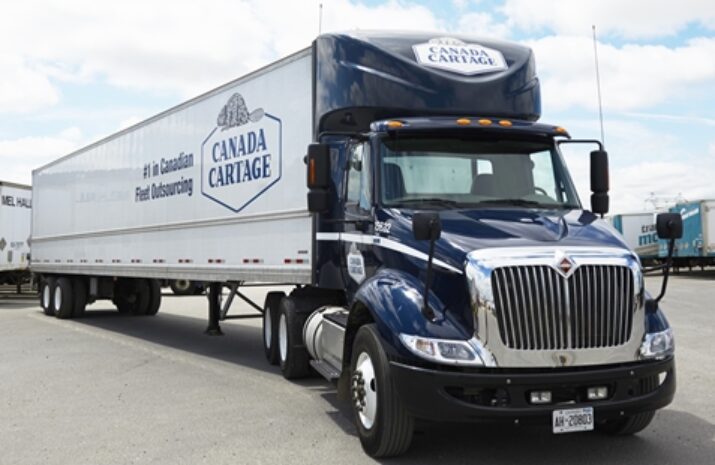 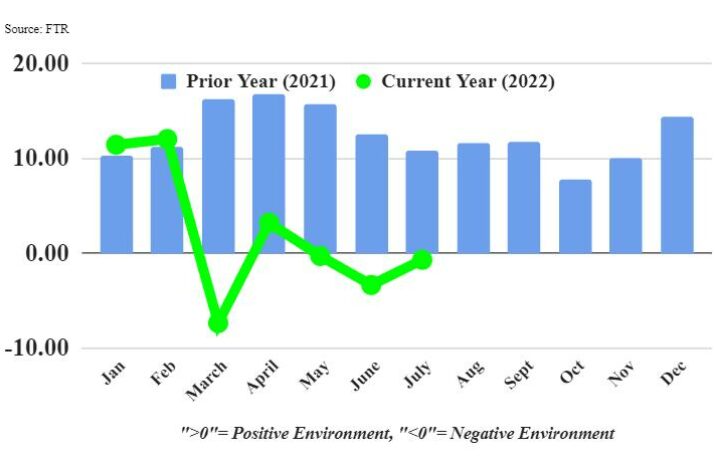 Trucking conditions in for long period of “moderate weakness”: FTR