ARLINGTON, Va. – For-hire truck tonnage in the U.S. decreased 1.1% in March, according to the American Trucking Associations (ATA).

“Despite a softer March and February, truck freight tonnage remains solid as exhibited in the year-over-year increase of 6.3%,” said ATA chief economist Bob Costello. “While I expect the pace of growth to continue moderating in the months ahead, if for no other reason than year-over-year comparisons will become more difficult as tonnage snapped back in May of 2017, the levels of freight will remain good going forward.” 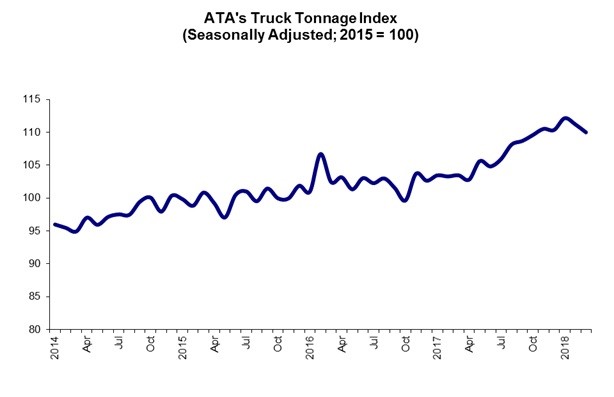