Spot market rates and load volumes in the U.S. are falling as fuel prices skyrocket.

DAT reported dry van freight volumes were up 23% in March compared to the previous month, while refrigerated load postings were up 13% and flatbed up 24%.

“What made March unique is that shippers paid historically high prices to ensure that more of their loads moved under a longer-term contract, reducing their need for trucks on the spot market and causing rates to soften,” said Ken Adamo, DAT’s chief of analytics. “At the same time, carriers’ operating costs increased because of higher fuel prices. As a national average, fuel cost $1.07 per gallon more in March compared to February and $1.95 a gallon more year over year.”

He added small trucking companies and independent owner-operators saw significantly higher operating costs and lower revenue than they’ve been accustomed to over the past couple years.

Likewise, Truckstop.com saw its largest weekly drop in dry van spot market rates the week ending April 15. Dry van rates were down nearly 56 cents a mile from record levels seen at the end of 2021. It marked the first negative year over year comparison since June 2020.

Truckstop.com also saw a 9% decrease in total load postings, the largest drop of the year. Its total Market Demand Index reached its lowest level since December 2020.

ACT Research noted the supply of trucks and freight demand have balanced.

“Moderating spot rates and falling load turndown data suggest that the relationship between demand and supply are becoming more equally balanced, as freight growth slows and driver capacity growth persists,” said Kenny Vieth, ACT’s president and senior analyst. “While we acknowledge the roll-off from peak activity, some of the giveback that began in March was the return of labor on diminishing Omicron Covid case counts: Much of the 10% spot rate decline tracks rates to pre-Omicron levels.”

Vieth added, “The move to negative metrics was met with some press hysterics, but a more holistic view of the market shows still-strong and wide economic underpinnings, from corporate earnings to industrial metrics to consumer balance sheets. And, the inflation-driven slowdown that is occurring is happening in a market where pent-up demand is the rule.” 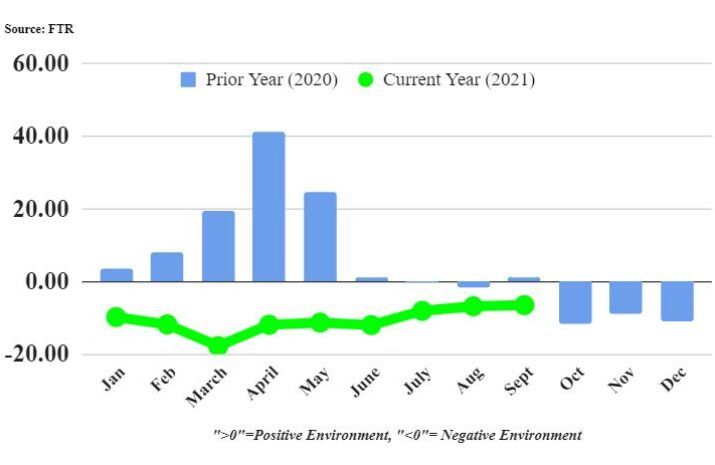 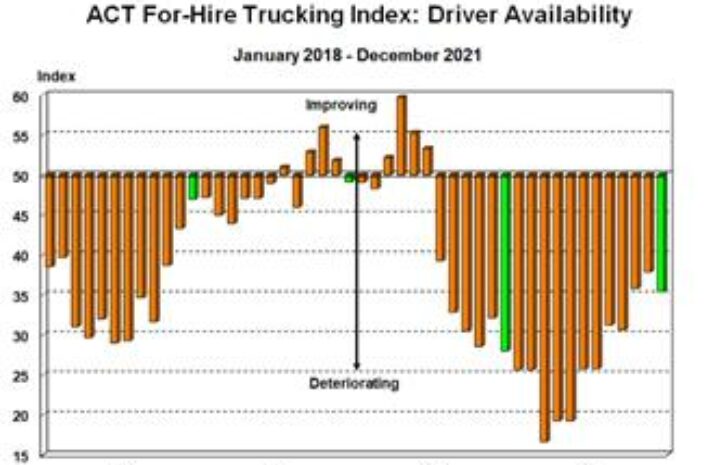