The Conti HSR 3 can be spec’d as an “intelligent” tire, with a sensor installed to communicate tire inflation pressures and other parameters through various apps and tools, including a yard reader. The tire is still in testing with a fleet, but Tom Fanning, vice-president of sales and marketing, said it’s on pace to deliver more than 220,000 miles compared to competitors that run for 160,000 to 180,000 miles in the same conditions.

It replaces the HSR 2, delivering higher mileage. It is built on the Conti 3G casing for improved durability and retreadability, the company said. An enhanced belt package withstands highly concentrated pressure and increases penetration resistance. It also reduces heat build-up for improved wear and longer mileage.

“We are proud to announce that in 2019, Continental has given the tire a voice,” Fanning said. “We now communicate information from the tire into the truck and outside the truck.”

The company currently has 14,000 tires in the market that it is actively marketing through its ContiConnect platform. End-users can track tire pressures and performance using a mobile app, datalogger, or a yard reader.

Fanning said all Continental steer tires will be available as intelligent tires. It’s focusing first on steer tires as a steer tire blowout is the biggest tire-related safety threat.

“They didn’t change their entire fleet over to Continental tires, the just introduced ContiConnect into the fleet,” Fanning said. 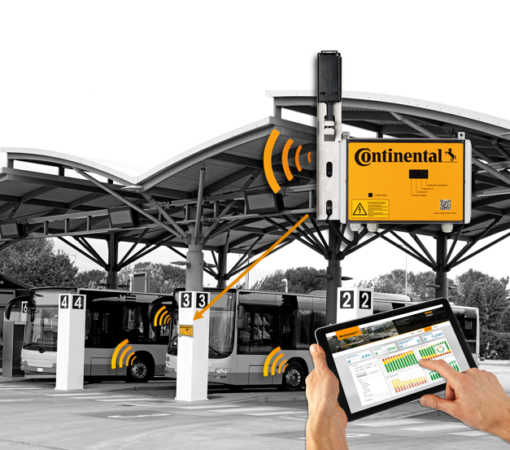