That’s according to president Jeff Van Poucke, who was on-hand at the grand opening today to offer tours to customers and other interested visitors. Cummins secured the new 16,000 sq.-ft. location in October and has been configuring it and moving in since. The new location provides parts for about 600 Cummins dealers and other independent shops and customers from across Ontario.

About 60,000 parts a month move through the facility, according to parts supervisor Steve Baguley, whom Van Poucke said was influential in the design of the new location. Baguley said Cummins retained as much ambient light as possible, installed racks that take advantage of the high ceilings to maximize storage space and installed an automatic shrink wrap turntable that safely and efficiently shrink wrap pallets.

“There was restricted space where we came from (on nearby Pacific Circle),” Baguley told Trucknews.com during a tour. “It seemed like a lot of stock was put into areas that didn’t fit our needs.”

Cummins officials said customers will benefit from the additional stock the company will now be able to carry. Its old location had less than 10,000 sq.-ft. of warehouse space, which also housed other activities. That space is now being used for the power generation production, testing and upfitting, Van Poucke explained. 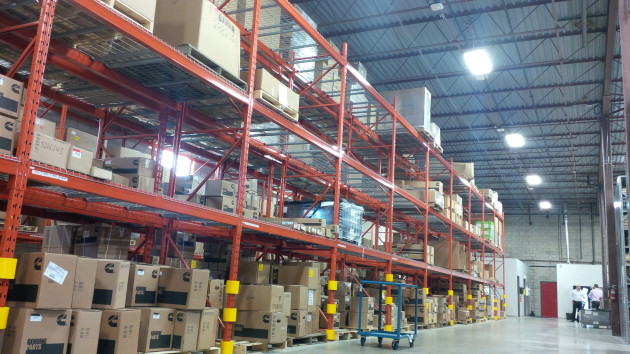 Visitors to the new location have access to a TV and Internet. Terminals are located throughout the facility to help staff find and process orders from various locations. There are currently 12 employees working two shifts at the new distribution centre. Van Poucke said there’s room to add more capacity as required.

Currently the new Mississauga facility receives about 15 trailer loads of product each day and sends out about 60 shipments. Parts are barcoded to ensure efficient and accurate processing, Baguley said.

The company also took steps to enhance safety. Areas with steps are gated off to prevent falling and a rail separates waiting customers from forklift activity.

“In the old facility, we had to unload in an area that was a third the size of this space,” Van Poucke explained. “The probability for injury was much greater. Here, you have a broader expanse of space to manage inbound and outbound (shipments).”

Located at 6950 Edwards Blvd. in Mississauga, the new facility operates from 7 a.m. till midnight Monday through Friday.

Other Cummins parts distribution centres in Canada are located in Pointe-Claire, Que. and Dartmouth, N.S. 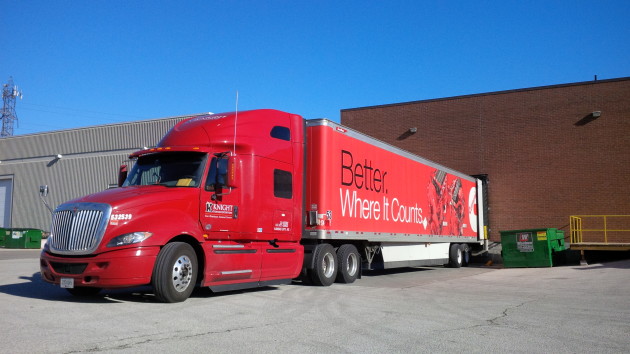