NAPA VALLEY, Cali. — The medium-duty and vocational truck markets can no longer be thought of as side businesses to Freightliner, executives declared while providing an update on their vocational strategy initiated five years ago.

When Freightliner set out to become the vocational truck segment leader, it did so from second position, but well behind Navistar International. A well executed strategy by Freightliner, coupled with Navistar’s emissions-related struggles, have enabled the company to achieve its goal ahead of schedule. Year-to-date, Freightliner now leads the market share race in all six sub-segments that comprise the vocational truck market (specialized hauling, utility, food and beverage, government, construction and refuse), executives said, citing Polk data.

“When we pitched this (strategy) internally, Navistar had the lead position in every one of what we call the six sub-segments of vocational,” said David Hames, general manager, marketing and strategy with Daimler Trucks North America. “Our goal was to eventually supplant Navistar, or whoever was in that lead position, by 2015. This is the first time we’ve been able to get to that lead position across the board.”

Freightliner’s goal is to control 32% of the vocational truck market this year and it presently sits about one point shy of that mark. The company now considers the vocational market part of its core business and not a secondary business unit, Hames said. 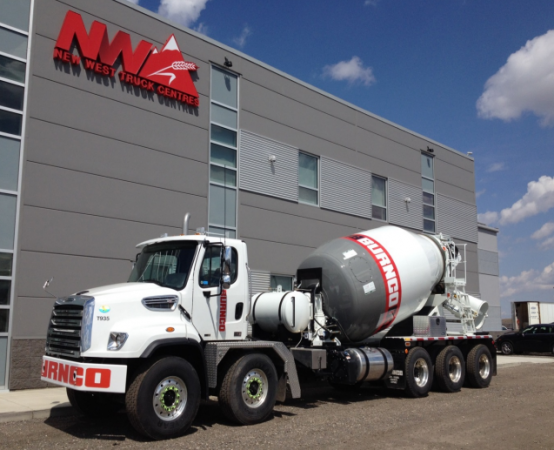 To put into context how important this market is to Freightliner, Hames showed a chart that indicated Freightliner sells more M2 Business Class and SD vocational trucks than the total production of most other OEMs; never mind on-highway tractors where it’s also the current leader in market share.

Richard Saward, general manager, vocational sales with Freightliner, admitted it hasn’t been easy. To become a vocational truck leader, the company has had to step outside its comfort zone and take on special projects that in the past would have been easy to turn down.

“We looked to the top of the hill at the market share leader, who was 25 points in market share ahead of us, and said ‘We’ve got to do some things, get serious about it and commit to get that stuff done’,” Saward recalled. It took some courage, during a depressed market in 2009, to go to senior management and ask for a significant investment in a market segment that then only represented about 20,000 units (or 42,000 units today, now that the market has recovered).

“We asked for a boatload of money and said, ‘If you do this, we promise you we’ll get some rewards out there’,” Saward said.

Money in hand, the company consulted with its dealer network to ensure they were on-board with the plan. There were some initial concerns that dealers might be complacent in being an on-highway leader and disinterested in pursuing what is a very different market. However, those concerns were quickly put to rest when the dealers that were consulted said they were all-in on vocational. 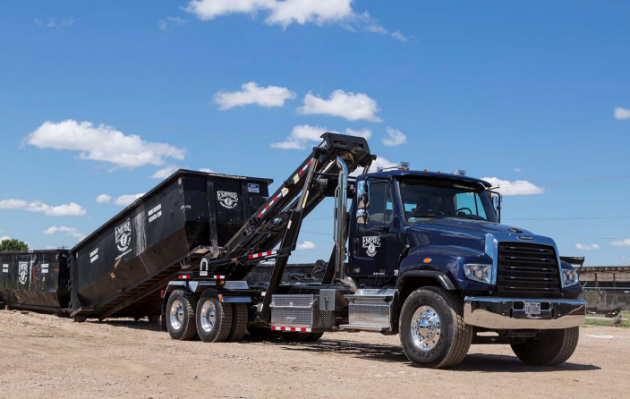 The SD line of trucks brought Freightliner the solid, rugged, versatile product platform it needed to pursue the vocational market. However, Saward said it was daunting to say ‘yes’ to customers who brought forth some unorthodox requests.

“We were challenging ourselves to do some uncomfortable builds,” he said. “When you have a 60-ton crane and a boom that’s 100 feet out in the air and it’s unloading materials, there’s no guesswork involved. You better know, you better have tested it and you better know your partner is putting a body on it that the outrigger is going to hold and it’s not going to tip over. That’s a $400,000 unit and the truck is maybe $120,000 of that. They’re mounting a piece of equipment that’s two to three times the value of our chassis and before they do it they want to make sure they’re working with someone who knows what they’re doing.”

Another element of Freightliner’s new focus on the vocational market was to change how its dealers viewed truck equipment manufacturers (TEMs). They began looking at TEMs as partners rather than customers, and working with them more closely to design a chassis that’s easy to upfit. This included keeping a clean frame and back of cab and pre-drilling holes so upfitters wouldn’t have to. Freightliner also developed a multiplex electrical system that allowed body builders to more easily install their equipment. It also incorporated new programmable features requested by its customers, such as turning down the radio volume when the truck is put into reverse and displaying the side camera view in the driver display when the turn signal on that side of the truck is activated.

Equally important, Freightliner made progress in securing government business. It now has a large presence among Departments of Transportation in the northeastern states.

While it’s pleased with the progress it has made, Freightliner executives hastened to add they’re not yet satisfied with their position. “We’re not spiking the ball yet,” said Hames. They promised another update next year, at which time they’re confident they’ll be able to discuss further market share gains.

Inside the numbers: Why Freightliner is pleased with its position in the vocational segment and the market in general: