CHARLESTON, S.C. — The Europeanization of the North American cargo van segment has been vindicating to Mercedes-Benz, which has offered its Sprinter van in various incarnations to this market since the mid-90s.

Seemingly emboldened by the arrival of the Euro-style Ford Transit and the introduction of new European-inspired designs from Nissan and Ram, Mercedes-Benz has given Sprinter customers a full slate of new features and options on 2014 and 2015 model year vehicles. The cargo van segment is booming, with demand for full-sized vans up 15.5% year-to-date, and Mercedes has positioned itself to increase its share of this segment, having in January created a dedicated US van division. 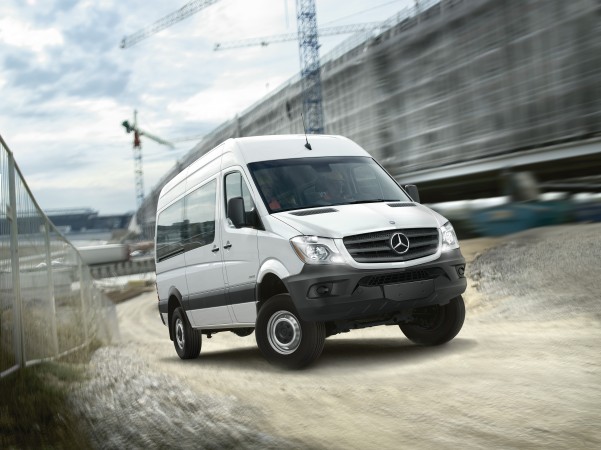 “Our sales are up just about 19% year-over-year, and that’s with seeing a great influx of new products into this market,” said Rob Moran, director of corporate communications during a press ride-and-drive at the Charleston plant where US Sprinters are assembled. “When we started with the Sprinter we were a standalone. We’re now seeing some of our domestic competitors come out with their versions and it has really heated up the segment.”

Just how your Sprinter gets to you is an interesting story in itself. US cargo-carrying Sprinters are assembled in Dusseldorf, Germany, test driven, and then disassembled before being shipped to Charleston where the vehicles are put back together. This process contributes about 7-9% of the cost of a Sprinter, but is necessary to sidestep so-called chicken tax tariffs, which would total 25% of the cost of the vehicle.

Canadian Sprinters don’t have to undergo this ordeal. No such tariff exists in the Canadian market, so Sprinters headed here are assembled in Dusseldorf and then shipped in tact directly to market through ports in Halifax and Baltimore.

Mercedes-Benz has the re-assembly process for US cargo vans down to a science and visiting journalists were able to watch as vans were efficiently re-assembled prior to delivery to US dealers and customers. The entire re-assembly takes just about four hours.

In the US there are 200 Mercedes-Benz dealers approved to sell and service Sprinter vans, and 57 Freightliner dealers who offer the identical vehicle but with Freightliner branding. No such agreement exists with Freightliner dealers in Canada, so only the Mercedes version is available here, through 52 of 55 Canadian Mercedes dealers. Officials told Truck News that soon all Canadian Mercedes dealers will offer the Sprinter, but the company has strict training and tooling requirements that must first be met.

“Dealers have got to be trained and have the proper shop equipment,” said Claus Tritt, general manager of operations, commercial vans, Mercedes-Benz USA. “We are going to grow our way and do it right.” 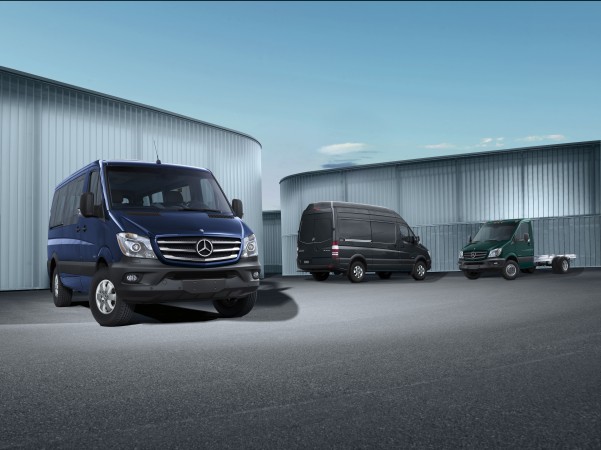 The global van market is an important one to Mercedes’ parent company Daimler AG. It sold 270,100 vans in 2013. The US, for the last two years, has represented the second largest global market for Sprinter vans, behind only Germany.

“The US is a focused market for us and there’s still growth potential,” said Tritt.

About 60% of Sprinters sold in North America are deployed into the construction trades, while delivery services account for about 15%, retail and wholesale 10% and passenger transport 15%. In Canada, commercial customers can choose between the Sprinter 2500 cargo van, the new 2500 cargo van 4×4, the 3500 cargo van (in RWD and 4×4 configurations) and 3500 cab chassis. (Passenger vans are also offered). The 4×4 versions are scheduled to arrive in March 2015.

Mercedes sold 21,816 Sprinters into the US market last year and so far this year has seen sales grow another 18.6% through September. Tritt said that trend is expected to continue.

“There’s a lot of pent-up demand in that segment,” he said. “The average age of a van is over 11 years, so I think it’s time to replace.”

Mercedes-Benz is stepping up its marketing efforts as well, and will be rolling out its first ever TV commercial beginning in November.

The product itself has undergone an overhaul, including everything from a modest facelift to loads of new features and the addition of a more efficient diesel engine. The 2014 model year Sprinter got a redesigned front end with new bumper and improved aerodynamics. It is now offered with a new OM651 four-cylinder turbodiesel engine that puts out 161 hp and 266 lb.-ft. of torque. This engine is mated to a seven-speed automatic transmission and offers 18% better fuel economy than previous offerings, according to Mathias Geisen, general manager of product marketing, commercial vans, Mercedes-Benz USA. 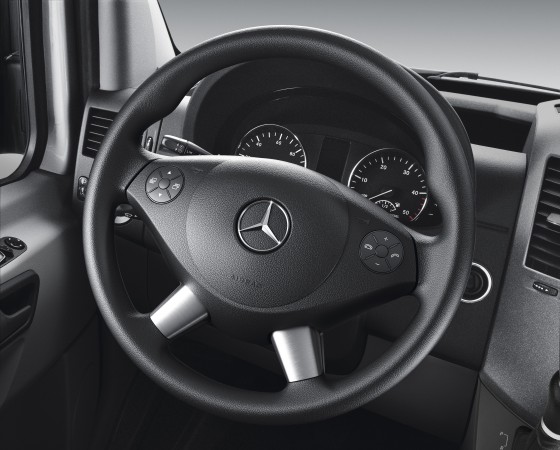 Geisen claims the new engine can attain mpgs in the “high 20s.” The smaller engine mirrors a trend in Europe towards smaller, more efficient engines; 80% of Sprinter vans in Europe have engines that put out 121 hp or less.

Mercedes continues to offer the V6 OM643 turbodiesel with 188 hp and 325 lb.-ft. of torque, coupled with a five-speed automatic transmission. This engine can get up to 24.9 mpg (9.45 litres per 100 kms). There are no current plans to offer a gasoline engine.

Other upgrades rolled out this year include: a new steering wheel and seating for greater comfort and a new head unit with a 5.8-inch screen with standard Bluetooth and optional navigation. Load-adaptive ESP with trailer stability comes standard and other safety features including blind spot assist, lane-keeping assist, collision prevention assist and high-beam assist were also offered for the first time on 2014 Sprinters.

New for the 2015 model year will be crosswind assist, which will be standard on 2500 models. The crosswind assist feature uses adaptive ESP yaw sensors to detect lateral wind force and then the adaptive ESP countersteers through selective lateral brake intervention to stabilize the vehicle, Geisen explained. The Sprinter becomes the only vehicle in the segment to offer crosswind assist.

This demonstration exceeded any real-life scenarios that would be encountered, unless you were to find yourself driving through a tornado or hurricane at 60 mph. Crosswind assist will give drivers some extra peace of mind when driving lightly loaded Sprinters in areas with frequent wind gusts.

Mercedes also showed off its ESP performance by loading up a Sprinter with about 1,500 lbs of water placed high up in the cargo compartment. This van was fitted with outriggers so it could be pushed to its limits. ESP, which cannot be turned off on production vehicles, was disabled for the demonstration and an evasive maneuver performed at 30 mph was enough to cause a rollover had the outriggers not been present. 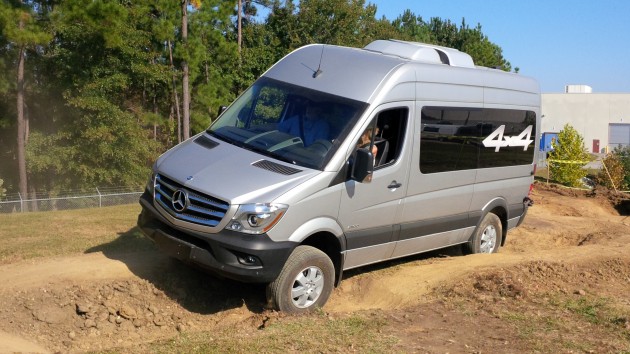 The same maneuver at 40 mph with ESP activated and with the driver’s foot far from the brake pedal did not result in the outriggers touching the ground. It was an impressive display of a technology that could come into play many times in real-world driving conditions over the life-cycle of the van.

Also to be offered for the first time on the 2015 Sprinter is a 4×4 configuration, which Geisen says is the first in the segment to be offered with factory installation. Priced at US$6,500 (for high range only) or US$6,800 (for low and high range), the Sprinter 4×4 compares favourably to retrofit options that can run $10,000 or more, Geisen said.

“We think it will be a great offering in the snowbelt region or dealing with challenging construction sites,” he added.

An off-road course was constructed outside the Charleston plant, which was far more grueling than any construction site a Sprinter is likely to visit, and the van handled it with ease, even at times, with just three wheels on the ground. The 4×4 option will be appreciated by customers in the oilpatch, which is a key market for the Sprinter, enough to motivate Mercedes to set up a satellite facility in Fort McMurray.