WASHINGTON, D.C. – When Volvo brings its electric powertrain to the North American truck market, it will come in the form of its new VNR regional haul tractor.

Magnus Koeck, vice-president, marketing and brand management with Volvo Trucks North America, said the company deliberated bringing its European cabover electric trucks to this market, but opted instead to electrify the VNR.

“We came to the conclusion that the VNR is the one we would commercialize,” he said during a media roundtable at the House of Sweden in Washington, D.C., on Dec. 11.

The new electric truck will be demonstrated in 2019 as part of the Volvo LIGHTS (Low Impact Green Heavy Transport Solutions) project in California. Twenty-three trucks will be built for use at California ports, leading to full commercialization in 2020, Volvo Trucks North America president Peter Voorhoeve said.

“If you look at the applications you use electrics for and the segment, it’s more this regional segment. We believe the VNR is the electric truck for North America,” he said. “The VNR was an American-developed, American-produced truck.”

Some of its features include a 113-inch BBC, a 50-degree wheel cut for maneuverability, and a driver-centric cab design. Voorhoeve expects the electric VNR to first make its mark in local drayage, regional drayage, inner-city distribution, and regional haul applications.

The electric powertrain itself will be based on Volvo’s FE Electric in Europe. The company has much experience with electrification there, including the sales of more than 4,000 electric buses since 2010.

Further details such as range, cost, and weight were not yet available during the announcement.

He noted Volvo will always sell diesel trucks, but is expecting to see, “at some point,” an uptake in electric trucks.

“We do see this as a serious segment,” he said. “This is a very serious investment based on customer demands. How quickly it will grow, I don’t know.”

Asked if the push towards electrification was motivated by the arrival of new truck makers, including Nikola and Tesla, Voorhoeve said “Tesla shook up the whole industry and made it go a little bit faster.”

However, he said Volvo is pursuing its own agenda and isn’t threatened by the potential new competitors.

“We’ve been building trucks since 1928, and so far we’ve been fairly successful,” Voorhoeve said. 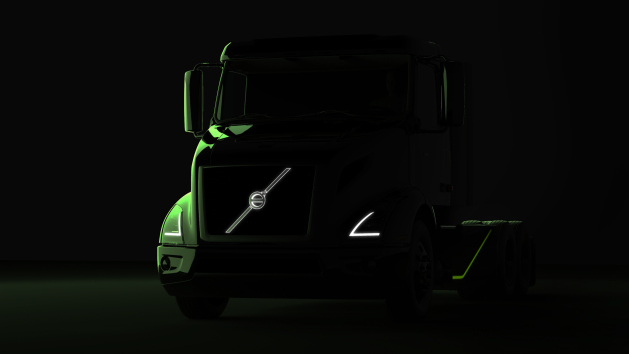