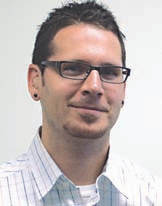 The award was one of 10 won by Transportation Matters, Truck News, and its contributors -the group’s best showing since the peer-judged competition started seven years ago.

The awards, held each year at the Mid-America Trucking Show in Louisville, Ky., recognize excellence in trucking industry journalism in both the trade and the mainstream press, as well as excellence in communication with the industry by public relations professionals. The awards include categories for writing, graphics, broadcast, Web sites, and internal communications.

Executive editor James Menzies took home a trio of awards in the Magazine Writing division; a silver for “Traction In A Winter Wonderland” in the Technical: General category, a second silver for “Spec’ing Shunt Trucks” in the Product Application category, and a gold in the News category for “Too Restrictive?”

For outside contributors, writer Edo van Belkam’s popular series “Mark Dalton: Owner/operator” won a bronze award in the Fiction category, TFS Group’s Scott Taylor won a bronze for his “Tax Talk” column in the Magazine Writing -Series category, while Joanne Ritchie of the Owner-Operators Business Association of Canada took home a gold award for her column “Voice of the Owner Operator” in the same category.

“Being recognized by our peers is a highly sought-after honour. Our editorial and video production teams are dedicated to providing accurate and timely information. These awards solidify that dedication and reaffirms the direction we have taken with our editorial products,” said Rob Wilkins, Truck News publisher.