CAUGHT: The Beer Bandit has been sentenced following a heist of a trailer full of Moosehead beer. 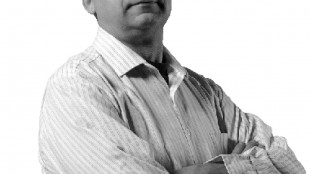 Only about 14,000 of the cans were ever recovered, and many of them were found on back roads and trails in the Fredericton region.

At one time area residents formed beer-hunting posses to search for the stashed suds.

The load disappeared sometime after Haines picked it up at the brewery in St. John, N.B. Friday, Aug. 13. Police were called after it failed to show up at a Toronto warehouse Aug. 16.

The tractor and trailer were found the next day still running in a McDonald’s parking lot in Grand Falls, N.B., with only a few hundred cans on board.

Haines claimed to have parked the trailer at his employer’s yard in Fredericton and to have driven the tractor to the Trans-Canada where he abandoned it by the side of the highway with the keys in it.

He said he then hitchhiked to Ontario.

Police located Haines at his aunt’s house near Lindsay, Ont. several days later where he voluntarily gave himself up.

Haines testified that he had had a fight with his girlfriend and wanted to get away for a while.

Ironically, testimony by this same ex-girlfriend, Cari Watson, may have helped to convict Haines.

Watson presented a birthday card that she said Haines had sent to her from jail with the inscription: “Copyright. Made in Canadian jail by the beer bandit.”

She also claimed that he called her and wanted to deposit $2,000 into her bank account.

The Crown’s case against Haines was entirely circumstantial and defense attorney Ron Morris thinks Watson’s testimony may have swung the jury.

“It was crucial,” Morris said.

No one else has ever been charged in connection with this incident although police are quite certain there were other individuals involved.

“He did not act alone not with this amount of beer,” said Sgt. Gary Cameron of the New Brunswick RCMP. “It is impossible for one person to unload that much beer in such a short time. Our file is still open.”

Certainly, more than a few people (and animals) have handled the beer since the load went missing.

A homemade trailer overloaded with about 6,000 cans of the Mexican suds became detached from a pickup truck near Woodstock, N.B. and careened into a farmer’s field.

And apparently bears found some of the cans at a remote marijuana patch near Doaktown, N.B. The claw marks on the cans indicated that the bears had been imbibing the brew.

This caused Moosehead’s Joel Levesque to quip: “The thing that really impressed us is the bears chose the Moosehead beer over the dope.”

The brewery itself has not suffered from a lack of publicity. They even printed up t-shirts to commemorate the event.

And now Levesque is thinking the Trailer Park Boys television series might be a good place for this story.

“We’ve pitched it to them,” said Levesque. “You couldn’t write a better script – the dumb thief stealing Mexican beer cans, the bears drinking beer in the marijuana patch.”