September 1, 2007
The tragic collapse of a Minneapolis bridge last month has demonstrated the need for immediate upgrades to North American infrastructure. 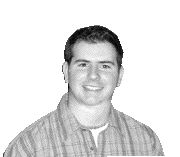 The tragic collapse of a Minneapolis bridge last month has demonstrated the need for immediate upgrades to North American infrastructure.

The deadly collapse came just weeks after Transports Quebec announced oversized loads will no longer be allowed to cross 135 bridges in that province.

And just days after the col- lapse of the I-35W bridge in Minneapolis, officials in Montreal announced a well-travelled bridge in that city is now off-limits to all truck traffic. For years, the trucking industry, through its various associations, has been appealing to government to inject cash into our aging infrastructure.

For the most part, those pleas have fallen on deaf ears.

You can partially blame the public for that. Spending money on roads and bridges isn’t nearly as sexy to voters as money spent on health care, social services and education.

But the neglect of our roads and bridges is beginning to catch up with us – and with devastating consequences.

Witness the collapse of the bridge in Minnesota where they’re still picking bodies out of the water as I write this. And last year’s collapse of an overpass in Laval, Que. that left five people dead.

Despite the best engineering efforts of bridge designers, it’s inevitable that all things will eventually fail over time.

Much of our infrastructure is already more than 50 years old – some of it much older.

No man-made structure has an infinite lifespan, especially if it’s not properly maintained.

Yet we react in shock when a bridge fails and motorists are sent plummeting to their deaths.

Hopefully, the recent bridge catastrophes will serve as a wake-up call to government.

Studies have suggested Canada needs to invest $100 billion into its existing infrastructure to bring it up to par.

In spite of that, our federal government allocated a (comparatively) paltry $16.5 billion towards infrastructure of all types in the last budget.

And that’s to be spent over four years.

A Statistics Canada report suggests that Canadian bridges on average have reached 49% of their useful life, with roads and highways having already hit the 59% mark.

Saeed Mirza, a professor of civil engineering with McGill University recently had this to say about Canada’s infrastructure: “If we do not maintain our infrastructure, do not upgrade it, we’ll continue to have spectacular collapses.”

It’s a startling thought, but let’s hope it startles our elected officials into action.

It’s time for all levels of government to loosen up those purse strings and tend to our long- neglected infrastructure.