WOODBRIDGE, Ont. — Consolidated Fastfrate this year is celebrating its 50th year in business and will recognize 192 employees who have been with the company for 20 years or more.

Six of those employees have been with the company for more than 45 years. Ron Tepper, founder and CEO of Tepper Holdings, which owns and operates Consolidated Fastfrate, said in an interview with Truck News that recognizing long-term employees will be the priority when the milestone is celebrated this September. An event will be held Sept. 26 at the company’s main terminal in Woodbridge, Ont., followed by gatherings at each of its other terminals across Canada. The company employs more than 1,700 people. 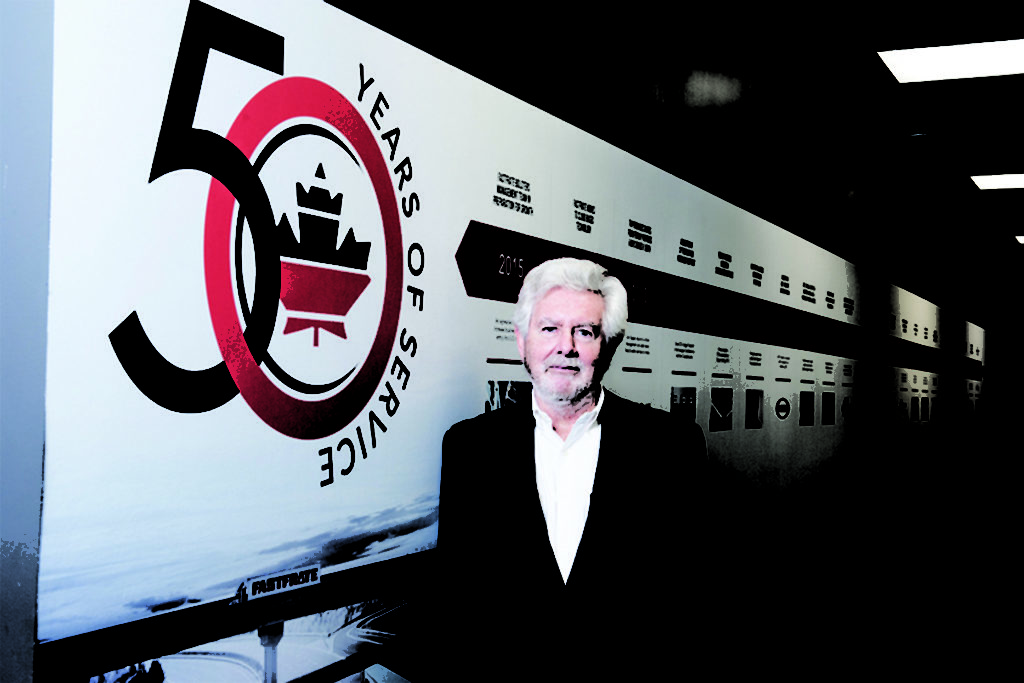 “This company is 50 years old in an industry in which it’s exceedingly difficult to survive 50 years,” Tepper said. The company plans to decorate trailers to commemorate the milestone and will present awards to its longest-serving employees.  While Tepper said the focus will be on the employees, there’s also some satisfaction on his part from taking over a company that was in trouble, modernizing it, reshaping it to take advantage of shifting trade patterns and strengthening its profitability. Tepper and partners got involved with Consolidated Fastfrate in 1994, buying it from the struggling publicly traded Federal Industries, a steel maker that was looking to shed its transportation businesses.

“They had just gone through the process of liquidating Motorways when I showed up on their doorstep and it was a very expensive process,” Tepper recalled. “I didn’t know most of that. I did know they were in trouble and were looking for someone to take things over with as little cost to them as possible as opposed to how much money they could get for it.”

The deal was completed in 1994 and Tepper, through Tepper Holdings, bought out his partners three years later.

“We measure every single thing we do that’s measurable, every single day,” Tepper said. “We see it every night around midnight, so we look at our activity for the day and we can see how we performed. We can see our pickup costs, delivery costs, linehaul costs and beyond costs, where we take product from our facility and give it to someone who services an area we don’t service. Every single revenue bucket we have a cost associated with that and we have a margin requirement and we can see every single night if we hit our numbers or didn’t hit our numbers. We can get into the last two or three days of the month and tell you what our P&L is going to look like within 2-3%. There are no surprises.”

This ability to better see and manage costs helped get Fastfrate back on track and is, in Tepper’s mind, “The foremost reason for the success of our company.”

The company has also added technologies to give customers and management better visibility into the shipments it makes.

The company has undergone an evolution under its current ownership, which saw it transform from a third-party repositioner of boxcars for Canadian Pacific Railway, to an asset-based organization whose tentacles reach deep into the supply chain. The company accepts containers at various Canadian ports and then transloads freight at its own facilities from 40-ft. containers to more economical 53-ft. containers.

“It’s a whole different way of doing it,” Tepper explained. “We went from being in CP-owned boxcar terminals to buying and building our own facilities right across the country.”

Of course this brings additional challenges, managing assets and their associated fixed costs within a segment that is so closely linked to the overall economy, seasonal shipping patterns and weather. Still, Tepper said he feels honoured to be a part of the organization through its transformation and is eager to celebrate its success with the people behind it.

“This business has changed significantly and through that change, we’ve kept so many people that have been here before, during and after the changes, and that’s the incredible part,” he said. “I’m just lucky to be at the helm of this more than anything, watching the people who have come from where they were to where they are.”