COCHRANE, Alta. – Nestled on the grounds of Cochrane, Alta.’s Historic Ranche site, the Westerson Cabin looks like any other wooden structure you would find in Canada’s west.

But few would realize that the tiny log cabin, which was built in the mid-1920s, was once home to a trucking and shipping business run by brothers Robert and Jock Hogarth. 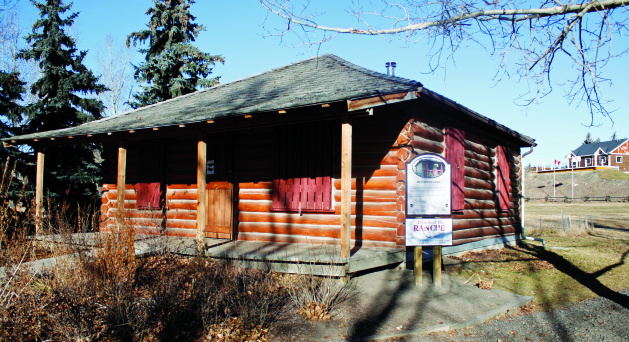 The Westerson Cabin was originally constructed by master craftsman Charlie Pedeprat for Robert Butler, who ran it as a tourist rest stop between Calgary and Banff. Shortly thereafter, it was a trucking company before becoming the home of the Westerson family between 1942 and 1978. From then, it was Cochrane’s visitor information center and historical site before landing in its current resting place in 2014 at Cochrane’s Historic Ranche site. According to Cochrane’s historical reference book More Big Hill Country, trucking companies were prevalent to the municipality and throughout the area. Butler, the Westerson Cabin’s first owner, is said to have been involved in the trucking industry, as was Len Blow, Wilf Britton, Eddie Bowlen, Harold Spicer and Harvey Hogarth, presumably related to the above mentioned Robert and Jock Hogarth, who ran a trucking business out of the Westerson Cabin.

Harvey ran a daily milk route, collecting milk from regional farms instead of each farm having to deliver their product individually, which eventually became Hogarth’s Transport, according to More Big Hill Country, a company that hauled between Calgary and Cochrane delivering groceries to stores and household items to homes and hotels. The company stayed in the family but changed hands when Harvey Sr. died, when Harvey Jr. and his mother Violet ran the business.