HOW MAINTENANCE MANAGER OF THE YEAR CHRIS IVESON ATTRACTS TECHNICIANS

Chris Iveson, the 2015 Fleet Maintenance Manager of the Year, hasn’t found a magic formula for attracting new and experienced technicians to Challenger Motor Freight. He has, however, been able to keep his shops fully staffed by skilled technicians, by working doggedly to reach out to potential new talent. 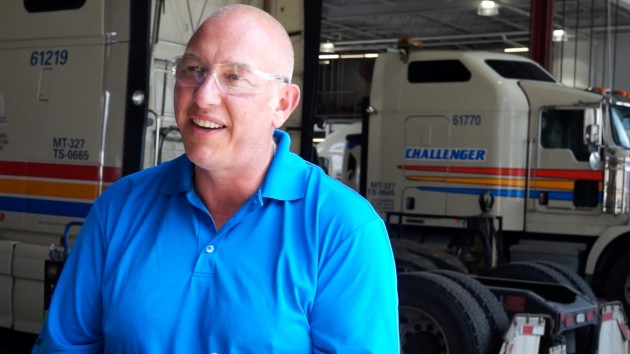 For licensed technicians, Chris told me during a recent interview that most of his success has come from reaching out to technicians via social media.

“Here in Cambridge, I can tell you every single mechanic that I’ve hired has been through social media,” he said. “Reaching out to people that I’ve known in the past, mechanics that I’ve kept in contact with that used to work for me in the past and talking up the product that we have here at Challenger. That would be the biggest source of licensed technicians that I’ve gotten this year.”

Bringing in apprentices requires some more work, and a different form of outreach. To bring in young talent, Chris goes out to local training institutions and invites them into his shop. He finds young technicians like to be able to see and touch what they’ll be working on.

“I put a great deal of effort into building relationships with apprentices,” he said. “For a lot of people that want to get into this trade, it’s visual. I try to always make sure there’s something there they can see that’s cool. For example, at Conestoga College, on a number of occasions, I’ve taken over a 50-wheel Schnabel trailer with three motors on it and independent steering and all kinds of stuff, just to show that this trade is not about boxes on wheels anymore.”

I’ll have a complete profile of Chris in the August issue of Truck News. You can also watch this video interview with Chris here.