It’s a hard to believe, but after 43 years in the industry—17 of them as head of the Manitoba Trucking Association (MTA)—Bob Dolyniuk has retired. Fleet Executive publisher and editorial director Lou Smyrlis travelled to Winnipeg to spend some time with the industry icon before his final day on the job.

Q: After 43 years in the industry, 17 of them with the MTA, can you believe the moment to leave is actually here? Does it feel real?

Q: Forty three years is an incredibly long career. After so many years, how does one actually decide it is time to retire? Is there a defining moment? How did you come to that decision?

Dolyniuk: The 17 years I’ve spent with the MTA is the first position I’ve had in my life that I’ve had for such an extended period of time. It has been a good experience, which has allowed me to help the MTA grow and become more recognized. But you reach a point where you say to yourself you’ve done as much as you’re going to do and perhaps it’s time to turn the reins over to someone younger to carry forward.

Q: There are a lot of leaders in the industry right now who are contemplating exactly what you’ve been contemplating because they are getting close to retirement. Any advice for them in terms of what to think about in deciding when it’s time to move on to the next chapter in their lives? 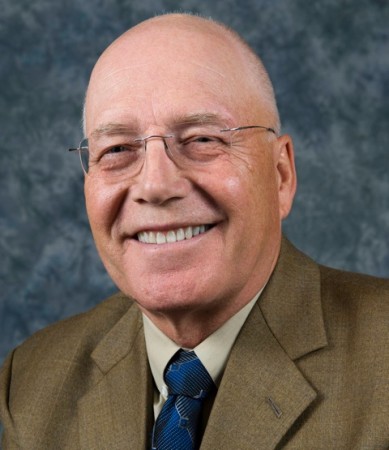 Dolyniuk: Prepare yourself psychologically that the time is going to come, because it is a major change in your life. You have to think about what you are going to do after it. You have to have a plan beyond the day that you retire. The one thing I’m learning is that if you are busy before retirement, you are going to be busy post retirement, that’s a given. I sit on a number of voluntary boards and as soon as people hear you are retiring, everybody assumes you are going to have a whole bunch more time to dedicate to them.

Q: On the very first day of your retirement, what will you be doing?

Dolyniuk: Not getting up early. I’ve already told my wife that for the first week don’t expect too much from me. I’m basically going to do what I want, if I want, when I want. At least for the first few days and then I have some things to do around the house and the cabin. That’s what’s going to occupy my time initially and then I want to plan a trip with my wife when it’s appropriate. But eventually I will be involved with local boards and committees. I couldn’t see myself not doing that.

Q: You are one of the most recognized and respected leaders in our industry. When you look back, what will you miss most?

Dolyniuk: The people. Without question. I was talking with someone just yesterday about that. Not just people from the MTA but people from all over our industry. I sat on the board of the Canadian Trucking Alliance for a period of time and I have gotten to know people from Newfoundland to Vancouver, from industry and government and they are such great people. That will be the hard part—disengaging from that community.

Q: Tell me about your early years in the industry. How did you get your start?

Dolyniuk: My introduction to the industry was loading and unloading trailers as a dock worker. I was out of school, I was making minimum wage—90 cents per hour—working at a sheet metal factory and a friend of mine told me of a neighbour who was looking for some young fellas to load and unload trailers for $3 per hour. That was with Kingsway Transport back in the early ’70s. I had a very good career with them right up to 1989, when they were purchased by Federal Industries. I transferred over to Motorways for five years till they were wound down and then Arnold Brothers for a few years and then came to the MTA.

Q: How did those early years spent in the industry, and really working from the ground up, shape the kind of leader you became for the MTA?

Dolyniuk: As a youth growing up I had the opportunity to be part of the Air Cadet movement, from the age of 12 to 18. They taught me leadership skills, people management skills, effective speaking. There was a gentleman there who I would consider one of my first mentors and who got me turned on the right track. There were other mentors along the way who worked off my rougher edges and pointed me in the right direction.

Q: Of all the things you’ve been through over the past 43 years of your career, any regrets? Is there anything you won’t miss?

Dolyniuk: When I was a dock worker I had an opportunity to move into the office. I knew very little about the trucking industry and the general manager told me there were two jobs open—a dispatcher job and a claims clerk job. I had no idea what the responsibilities for either position were. The only question that came to mind was which job has the most paperwork? And of course it was the claims clerk job and I told them I don’t want to do that one. I guess the one thing I would take off the table is the administrative work but that goes with the job.

Q: What would you say is the achievement you are most proud of?

Dolyniuk: I’m leaving the MTA in a very healthy position, both membership-wise and financially. We’ve got a good staff, an excellent board, and engaged members. Although we are a small organization, I consider the MTA one of the stronger associations in Canada.

Q: That has to be a challenge because one of the things we’ve seen over the past 20 years is that as companies get leaner, everyone is working longer hours and it becomes difficult to find the time to devote to associations. How do you keep an association vibrant under such circumstances?

Dolyniuk: Unlike other associations, we do not rely a lot on committees. You’re right, people don’t have a lot of time for meetings. That’s something we realized years ago so what we try to do is focus on the issues of importance to our members and deal with those issues. We have mechanisms in place when we require feedback from our members that don’t require them to come in for meetings. When I first started here we used to have a board meeting every month. We now have one every two or three months. What we’ve tried to do is take as much of the grunt work away from the members and take it on ourselves and then present it to the members for their signoff.

Q: Aside from people working much longer hours, what else would you say has changed in the industry over the time you’ve been in it?

Dolyniuk: The RTAC standards was one of the biggest things we dealt with. It was a major step forward in my estimation for the industry. And, of course, deregulation. There were many companies that benefited from it and some who saw their demise as a result of it. Those were the two major issues which basically changed the industry into what it is today.

Dolyniuk: It would be no different than what I’ve shared with the staff here. If you want to figure out where you are going, you have to understand where you’ve come from. You’ve got to know your corporate history, the background to the issues you’re dealing with. From that you should be able to set your sights on where you want to go.

Dolyniuk: I would truly like to thank all the people I’ve worked with during my career and what they have done to help me become who I am today.