PIT Group, the Quebec-based research and engineering organization that conducts Energotest testing of fuel-saving technologies, has announced it’s opening a US office and will be aggressively recruiting American fleets.

It’s a good move for the group, whose testing can be equally beneficial to fleets on both sides of the border. PIT has received plenty of support here in Canada with a growing fleet membership base. It conducts testing to the highest standards, providing fleets with insights they would not be able to achieve on their own regarding what does – and doesn’t – work as advertised when it comes to fuel efficiency.

Many fleets now tell vendors pushing a fuel-saving product to go get it tested by PIT, then they’ll talk. The costs of conducting the tests are shared across PIT Group’s fleet membership based. For fleets, it’s like adding an engineering department to their organization for a fraction of the cost.

I’ve been impressed by the PIT people since they first arrived on the scene. I have no doubt their services and programs will be welcomed in the US as eagerly as they were here. Here’s some more info on the new US division. 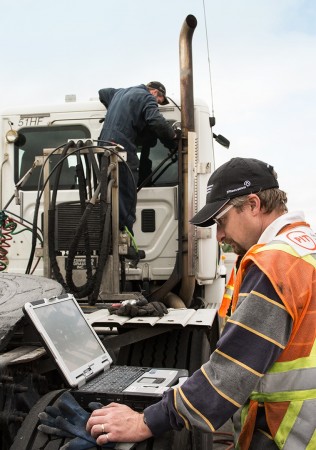